Making a team is a complex process and involves various aspects that need to be considered. Team combination and budget are the two most important factors. The T20 format has many features and choosing right players suitable for each feature is most important.

Let us have a look at five categories of players that will play an important role in IPL 2018 auction. 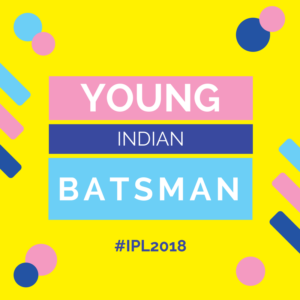 India is blessed with immense talent and calibre when it comes to the Batting. As we have seen in the last year IPL that the Young Indian Batsmen like Karun Nair, Sanju Samson,

Risabh Pant, Shreyas Iyar, Rahul Tripathi etc. did exceptionaly well and got rewarded for theie hardwork too. Now it’s the time for them to make their mark and get the fame they deserve.

Here is the list of few Young Indian Batsmen whom we should watch out for in IPL 2018:

A highly talented batsman who plays for Mumbai in domestic circuit , Iyer usually bats at number three or four. He has all the qualities of an extraordinary batsman – great temperament, excellent technique and match awareness. Under the guidance of Rahul Dravid he has grown immensly.

A hard-hitting Opening batsman. Tripathi opened the innings for Pune Superigiants in the IPl 2017 and gave the team a flying start. He has a surpursising record of hitting six sixes in a single over twice in local cricket.

This Delhi lad has impeccable technique combined with a calm head, he was one of the main reason for the Mumbai Indains winning the trophy in 2017. 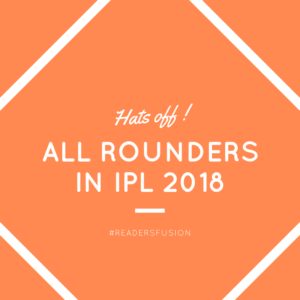 He was the highest paid player in IPL 2017, Stokes performed exceedingly well for the RPS. A powerful bloke, Stokes can clear the boundary at will. With the ball, he was quick, had a great bouncer and a perfect Yorker which helped him in the death bowling.

The flamboyant MI all-rounder, Pandya wrecks the opponent bowlers with his power hitting. As a bowler, he has the ability to hit the deck hard and bowls a good short ball.

Pollard has been one of the finest all-rounders in IPL. A destructive batsman, handy bowler and an excellent fielder, he has won many games for MI.

Those were old days when wicket-keepers were only expected to keep well and play as  helping hand in batting option. Now wicket-keepers not only open the batting or bat at crucial positions but also lead the side. Such are the requiremnets of the T20 format that teams do not mind having more than one keeper in the playing 11 if they bat well.

Quinton de kock the South African wicket keeper who loves to Cut and pull the ball. His strokeplay batting is treat to watch.

The young Indian wicket-keeper batsman can keep the fans spellbound by his wide range of shots and long hitting. His lethal combination of power and timing has always been the centre of expectation of experts and fans. As a keeper, he is very agile and can move around swiftly.

One of the best modern-day wicket-keeper/batsmen from England, Buttler had a wonderful stint with MI in IPL 2017. He is flexible with his batting position and can play a role of an opener or a finisher. He takes no time to get in and gets going quickly. His glove-work is excellent as well. 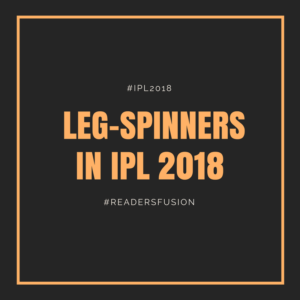 Leg-spinners are genuine wicket-takers. An in-form leg-spinner can run through any batting line up. The IPL history shows that leg-spinners have been important in deciding a team’s success.

Although leg spin is very difficult to tackle, we live an era where a class leg spinner is missing. Franchisees have also realize the importance of leg-spinners in the team and are looking forward to invest in one in the coming auction.

The spin wizard had taken the IPL 2017 by storm with his awesome bowling. The Afghanistan leggie has been in mesmerizing form since then, playing in almost all the T20 tournaments across the globe. He is extremely accurate and has a very deceptive googly. He is very talented young Leg-Spinner that every franchisee would have their eyes on

A brilliant chess player, Chahal can trap any batsman with his leg-spin bowling. Playing under Kohli for RCB and India, Chahal has groomed himself as a smart cricketer. He is not afraid to bowl in the slog overs or at the start of innings and more often than not he wins the contest.

The passionate 38-year-old South African leg-spinner, best known for his celebratory sprints, is a genuine wicket-taker and can turn the game on its head in his quota of 4 overs. His stock delivery is the googly. 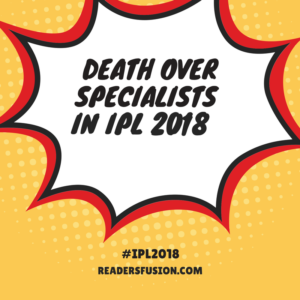 In the T20 format, last five overs – the death overs, are very crucial. Batsmen try and clear the boundary every single ball during this period. It requires tremendous death bowling skills to stop the flow of runs.

With franchisees realizing the importance of death bowling, following death over specialists could be in great demand (if they are not retained beforehand) –

The go-to man for MI during the death overs, Bumrah is splendid with his leg crushing yorkers and off-cutters. He is arguably the best death over bowler in the modern game. Now he has the best slower bouncer in the world too.

The Purple Cap holder in IPL 2017, Kumar is extremely difficult to get away. He bowls to the field, has a perfect yorker and a deceiving knuckle ball.

The second highest wicket-taker in the IPL 2017, Unadkat has improved his death bowling skills many folds. His go-to delivery during the death overs is the slower ball. Unadkat bowls different types of slower balls.

2 thoughts on “IPL 2018: Batsmen, Bowler and Wicket-keepers who will Rule the Auction”