IPL 2018 will be a league that will redefine the way for bowlers. You are going to see the lights of Bumrah, Bravo, Boult, Siraj and many more, all in a form you have never seen before.

This season of Indian Premier League has top bowlers from across the world who will plan to disrupt the dangerous batsman. Surprisingly, our list of top 10 bowlers for IPL 2018 has 6 Indian bowlers and 4 overseas bowlers. Let’s take a look at who amongst the IPL 2018 league stand as top 10 in the list,

The Indian bowling spear head, Jasprit Bumrah will be a handy depth over bowler for any team. The fast bowler made his debut against Australia in Jan 2016 and within these 2 years has become one of the most impressive bowlers in the Indian line up.

In IPL 2017, Bumrah played for Mumbai Indians. The records for this young fast bowler speaks for himself,

As per the latest news updates, Bumrah is not going to be retained by the Mumbai Indians this year. So let’s wait for the IPL 2018 Auctions to see which team Bumrah fits in. 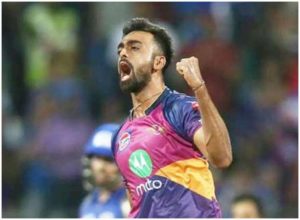 This left-arm medium pace bowler made his debut for the Indian team way back in 2010 when Zaheer Khan got injured on the tour to South Africa during the test series. He made his ODI debut in July 2013 against Zimbabwe where he performed well.

Unadkat’s IPL highlight was, when he was picked up by Royal Challengers Bangalore in the 6th season of IPL for a whopping $5, 75,000. His season went brilliant as he was able to make a mark with impressive bowling performance.

The only person to represent Indian team in Cricket and Chess, this smart lad plays for the Haryana team in the domestic cricket and made his debut for Indian Cricket Team in June 2016.

The past 2 years, Chahal has been impressive with his leg spin bowling. His IPL season started with Mumbai Indians where he was impressive but wasn’t able to play much for the side.

His RCB auction pickup brought a change in his career as he gained a name in the shorter version of the format. His right hand leggie’ s and skiddy bowling has been his forte since then. Let’s look at his overall performance so far in IPL, 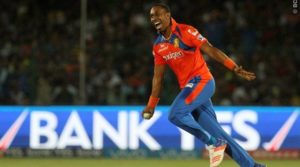 Bravo has been the pick of the list for us. This West Indian all-rounder has been in the best of the forms lately and is also known as DJ Bravo. The tall medium fast bowler made his debut against England in 2004.

This right handed batsmen has the power and guts to thrash any bowling attack on his day and thus becomes one of our favorite contenders in the top 10 players in IPL to watch out for.

Let’s take a look at his IPL performance so far,

This young spin bowler will surely impress in IPL 2018 season. Kuldeep Yadav, who has records like, hat-trick in the U-19 World Cup (only bowler) has become one of the favorites to take good wickets in the 2018 season.

The IPL career for Kuldeep Yadav started with Mumbai Indians where he didn’t get much of an opportunity and then was bought by KKR. This young lad recently became the third indian bowler to take a hat-trick in ODI’s series against Sri-Lanka.

Lets take a look at his IPL performance so far,

Bhuvi made his international debut way back in 2012 against Pakistan where he impressed because of his swinging abilities.

This 27 year old medium fast bowler from Meerut holds a unique record for himself which is, in all the versions of Cricket i.e. T20, ODI and test matches, his first scalp was bowled.

He last played for Sunrisers Hyderabad and his overall stats in IPL have been impressive so far,

This young Afghanistan bowler will be a handy bowler for any team. He made his international debut against Zimbabwe in 2015 and troubled the batsmen with his google’s and wicket-to-wicket bowling.

He came in to light when he was bought by Sunrisers Hyderabad for 4CR during the last IPL season. His stats have been impressive with the only season he played and thus becomes one of the highlights in our top 10 bowlers for IPL 2018.

This fast medium bowler from New Zealand easily becomes our best bet in the IPL 2018 list for top bowlers because of his recent performances. The fast swinging yorkers and the speed and accuracy with which Boult bowls is incredible.

He is weapon for any team and can be utilized in depth overs to restrict the other side. He has played 3 IPL seasons and has impressed with 15 total wickets. Lets look at his overall IPL performance so far,

Basil becomes one of the top bowlers for us in IPL 2018 because of his recent domestic performances. This young player from Kerala played for Gujrat Lions in the last season and impressed with his medium fast deliveries. Lets take a look at his IPL performance so far,

The 24 year old lad has been impressive off late in his recent matches. Siraj made his T20 debut against New Zealand in 2017 and did a reasonable job. The reason for picking him up in the list for top 10 bowlers for 2018 is because of the pace and bounce he generates.

He is surely gonna be impressive on the Indian wickets. Coming to his IPL performances, he was bought by Sunrisers Hyderabad in the 10th Edition for 2.4 Cr. Let’s have a look at his IPL career so far,