The fever of World Cup is so on. The 2018 World Cup is so exciting that the people around the world are going crazy about it. Despite, the World Cup craze is so much, but there is a threat. The government of US had issued a warning to the citizens about potential terror attacks. A travel advisory had asked the people about considering once before visiting the country. 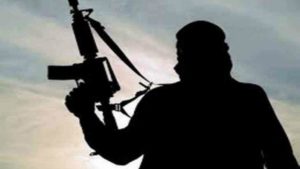 Terror Attacks: Statement by the Department

The EFE referring to the comments of State Department reported, “Large-scale international events such as the World Cup present an attractive target for terrorists.” The advisory stated it on Friday.

It further added, “Although security for the World Cup will be extensive, terrorists may seek to attack event locations such as stadiums and Fan Fest viewing areas, tourist sites, transportation hubs and other public venues.”

They also added that since the World Cup is going on in Russia, the several terrorist groups are continuing to plot the attacks in Russia.

The statements said, “Terrorists may attack with little or no warning, targeting tourist locations, transportation hubs, markets or shopping malls, and the local government facilities.”

arning by the US

Because of all the reasons mentioned above, US has cited the alert level on Russia at three within a scale of 4 which also includes the others countries such as Cuba, Pakistan, Nicaragua, Honduras, and Turkey. For all these reasons, Washington has asked the citizens to consider before visiting these lists of countries.

Apart from the personal attacks, US has stated that in Russia “US citizens are often victims of harassment, mistreatment, and extortion by law-enforcement and other officials.”