Apple likely to buy Netflix in 2018

Apple buying Netflix is a rumor that just won’t die. However, reports are coming along the way that will prove the statement to be false soon. According to Economic Times apple in 2018 was to launch a video subscription that would counter with the very famous Netflix but now that the American president Donald Trump has launched the corporate tax cut apple may use it.

As per Citi analyst, Apple instead of launching their video subscription product would buy Netflix taking the full benefit of corporate tax cut. Various sources have made their predictions and provided statements that provide a hope that Apple would buy Netflix. 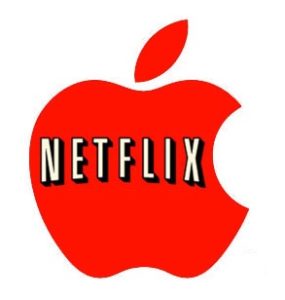 As mentioned earlier there are chances of Apple buying Netflix. According to Citi analyst Jim Suva and Asiya merchant there are 40% chances of Apple to buy Netflix as per the new corporate Tax rules about 220 million dollar will be repatriated in US that to in cash.

According to Suva and merchant’s statement “the firm has too much, nearly 250 billion dollar growing to 50 billion dollar a year.” This is a good problem to have” they further added. “Historically Apple has avoided repatriating cash to the US to avoid high taxation.

As such, tax Reform may allow Apple to put this cash to use.  With over 90% of its cash sitting Overseas, a one time 10% repatriation tax would give Apple 220 billion-dollar for mergers and acquisition or buy backs.”

Earlier with the launch of iTunes Apple learned a lot of Profit. It did prove to be a huge success for the company. However, since the launch of video subscription product like Amazon, Netflix and Hulu viewers has shifted their attention. People have transferred their attention to these video subscriptions, which has laid iTunes to suffer a little loss in their market.

To bring its traffic back into the track Apple decided to launch a product that would offer movies or original web series. Apple in 2017 has also decided to rent culver Studios California and would eventually pour billions for TV shows productions.

Conflict with Google and Amazon

The conflict for powerfull movie scripts had always been traffic among the Tech Giants. Now that it has come between Amazon, Google and Apple, the competition is supposed to be hard. Google owns YouTube which is a home to many popular web-series. Amazon Prime owned by Amazon, recently, has won Oscar for the show “Manchester by the sea”.

This terrific success of Amazon and Google has a compiled Apple to launch it’s productions. According to reports, company has already hired Jamie Erlicht and Zach Van Amburg to lead it’s Hollywood push. The reported now  show will star Reese Witherpoon and Jennifer Aniston. 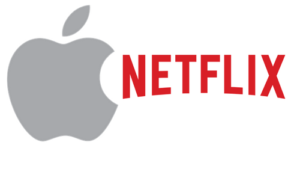 Apple is likely to buy Netflix this year. It will be of a lot of help to Apple as it would help in bringing back the cash that is stuck overseas, for Apple. However, this is yet not confirmed because Apple has not yet confirmed about it. Netflix has also refrained from commenting on this matter.