The love between Cricket and Bollywood is inevitable. Despite being two different fields, one just cannot avoid the love that brews between the people belonging to these fields. Recently hitched were Geeta Basra and Harbhajan Singh, then came Sagarika Ghatge and Zaheer Khan and now, the most adored couple, Virat Kohli and Anushka Sharma, who are also called Virushka. Virushka got married today in Milan and it wasn’t a big affair. Just with some close relatives and friends, they got hitched in the world’s second most expensive holiday destination, a resort named Borgo Finnocchieto near the wine capital of Italy, Montalcino.

If sources are to be believed, then the wedding was rumoured to take place around 12th of December and in Milan. Reports stated Milan me hoga Milan. This couple has been adored by the audience ever since their first shampoo advertisement for Head and Shoulders in 2013. Their chemistry in the advertisement was quite adored and appreciated by the audience and from there the audience got a hint of these two dating.

A couple that always made the audience go “aww”

Viruskha couple has never missed the opportunity to make the audience go “aww”. Since the very beginning, they seem to be so in love. However, like every famous celebrity they weren’t comfortable sharing about their relationship publicly, gradually with time, they did and it is since then that the whole nation is drooling over them. Not to forget, when Virat wasn’t performing well in his matches, most of the people blamed Anushka for bringing in bad luck for Virat. It was said that the two had parted their ways then. But, the couple put an end to all these rumours by sharing cute pictures with each other in Social Media. Virat even took to Instagram to announce his love for Anushka on Valentine’s Day.

Today we have promised each other to be bound in love for ever. We are truly blessed to share the news with you.This beautiful day will be made more special with the love and support of our family of fans & well wishers. Thank you for being such an important part of our journey. pic.twitter.com/aobTUwMNAK

Although the whole nation is very rejoiced with the news of their wedding, not many fans of the heart-throb, Virat Kohli are happy. Well, this is quite natural, the man of their dreams, the love of their life just got hitched and their fairy tale just came to an end. Many celebs have taken to Twitter to Twitter to shower blessings and love to the newly married. 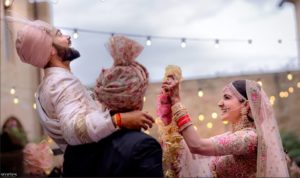 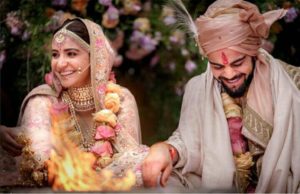 Both the families went to Italy last week. While Anushka along with her parents and family took off from Mumbai airport, Virat seemed to rush from Delhi. The rumours of the wedding started when Anushka in an interview stated that she is looking forward to get married but isn’t sure of the time. The rumours of the December wedding sparked off when the young Captain opted out of Captaincy for One day test matches to be held in December due to some personal engagements. Well, now we all know what that personal engagement was.

Virushka’s wedding was a big fat “secret” affair that took place with only few close associates. They took to their social media to announce that they are officially hitched and even shared adorable pictures from the ceremony, which are going viral now. The man of dreams is hitched to his lady-love. Milan me na sahin Milan ho hi gaya. 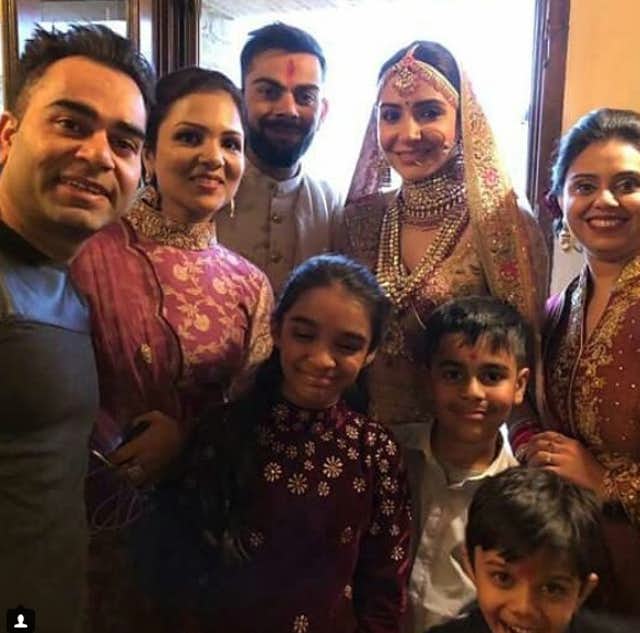 2 thoughts on “Virushka Wedding: The new buzz in town”