Every year in January leading tech companies gather at the Consumer Electronics Show to offer an insight of their efforts. The show is held every year at Las Vegas and the tech giants showcase their efforts on the various devices. CES is the biggest tech gadget show of the year. Though the individual won’t be able to buy the technology and gadgets at CES, but they will definitely get an insight to what the tech giants are planning to offer. This year, various smart home gadgets, modified cars with personal experience and screens were put everywhere.

Some of the top tech gadgets that took everyone by awe this year are as follows:

This year at CES, L’Oréal introduced a tiny sensor. This UV Sensor is capable to detect the ultraviolet exposure that the individual can comfortable wear on the fingermail.

It is battery-free and has NFC antenna along with a temperature sensor and UV sensor. The senor can detect data for three month’s data and will also transfer the information when the device is held near the user’s smartphone. It also offers tops to the individual for the exposure level of sun intake.

Apart from UV Sense, L’Oréal will also be introducing accessories that can be worn in different ways. It had collaborated with designer and entrepreneur Yves Behar which is why it offers nail art with wearable technology. 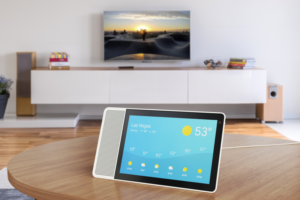 If you want to understand its functioning, the Smart Display will give you the details of anything you want to know. For example, if you look up for restaurant recommendations, it will offer the nearby recommendation.

There are three advantages which makes Smart Display better than Echo. The advantages are as follows: 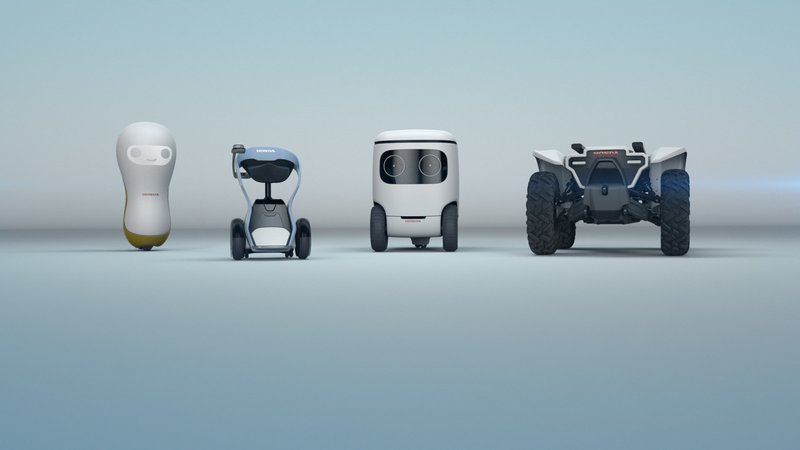 Honda also came up flourishing in CES 2018 showing its exceptional idea regarding Robots. Apart from being cute, Honda’s 3E robotic concept is equally helpful. This robot comprises of various robot companies which is designed to serve in various ways. It is named Robot 3E-A18. It is Honda’s social empathy robot.

According to the company, this robot aims to support people by lending to them a sense of compassion and understanding. At CES, a demo of the robot’s working was showcase. The expression of the robot changed and its face became more radiant when it greeted the people. The 3E-B18 has a robotic chair concept whereas the 3E-C18 comprises of cargo space feature. This cargo space feature enables the robot to transport materials. 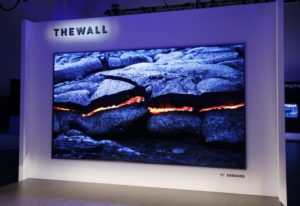 Samsung believes that TV shouldn’t have only one size, it should be of various sizes. It is because of this idea that they introduced 146 inch TV which they called as “The Wall”. The company attempts to make the TV its first “modular TV”.

According to Samsung, the user can change both the shape and size of The Wall as per their compatibility. The TV has a multipurpose display. On the showroom floor as the demo, The Wall TV was displayed looked like a smaller TV. It was placed in the centre of the room while the surrounding area was blended with wall TV mounted on it. The TV uses MicroLED technology. Because of this technology, it produces black tones and also offers the potential infinite contrast. 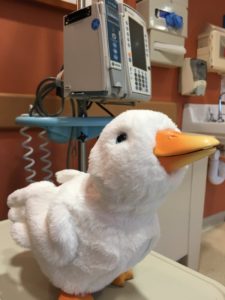 CES 2018 saw the introduction of many robotic things. Robotics toys were designed keeping the education in mind. The “My Special Alfac Duck” has a more beneficial advantage. Researchers had developed this interactive toy. It was developed by workshop by Sproutel. It aims to offer comfort to children suffering from cancer.

Cancer diagnosed children will be able to express their feelings just by holding the toy near the chest. It will respond to the corresponding emotion. The care routine of the children can also be kept in track through this. If the kid holds the token near to the chest with a smiling or a frowning face, the token will react accordingly.

A sense of companionship is provided by the treatment and therapy. It is expected this Alfac duck will be available in the market at no cost by late 2018 or early 2019. This duck will be shipped to the children diagnosed with cancer at Alfac Cancer and Blood Disorders Centre of Children’s Healthcare of Atlanta for further testing to determine the proper functioning of the duck.