Microsoft and Xiaomi to extend their partnership

Xiaomi and Microsoft are all set to expand their partnership. They will be working together on cloud, Artificial Intelligence (AI) and more. Microsoft and Xiaomi had worked earlier together on a “patent coss-licensing and app pre-install deal”. Now, they have signed the Strategic Framework Memorandum of Understanding (MoU). Hence, now they are working towards strengthening their relationship further with AI, cloud computing, hardware and more. 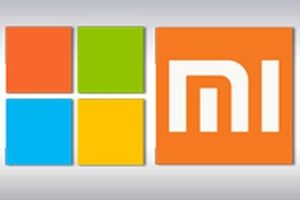 As per the statement released by Xiaomi and Microsoft, The agreement which will be signed by both the parties would mainly focus in four distinct areas. Both the companies decided to introduce Cortana in Xiaomi’s Mi AI speaker. According to their statement, they are cooperating on Microsoft’s AI Tech projects like “Computer Vision, Speech, Natural Language Processing, Text Input, Conversational AI, Knowledge Graph and Search, as well as related Microsoft AI products and services, such as Bing, Edge, Cortana, XiaoIce, SwiftKey, Translator, Pix, Cognitive Services and Skype.”

Till date, Microsoft has successfully created one smart Cortana speaker, Harmon Kardon Invoke. This speaker had a tough time competing with speakers from other bigger Tech companies like Google and Amazon.

As far as Cloud is concerned, Xiaomi will be using Microsoft’s platform Azure which will help to support, “data storage, bandwidth, computing and other cloud services in international markets”.  This will in turn help to expand the market globally. Xiaomi will also combine with Microsoft as a joint marketing and channel support. It will help for development of products such as Xiaomi’s laptop and other laptop like devices. These devices would be launched in the international market.

This partnership of Microsoft with Xiaomi will have a major role in allowing access of Microsoft in Chinese market.

The partnership of Microsoft and Xiaomi dates back to 2015, when Microsoft allowed testing of Windows 10 in Xiaomi phones. 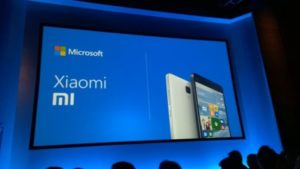 Statements by both the companies

According to Harry Shun, the executive vice President of Artificial Intelligence and Research Group of Microsoft, Xiaomi is the most innovative companies of China which is growing and becoming popular in the global market. He further expanded his statement as, “Microsoft’s unique strengths and experience in AI, as well as our products like Azure, will enable Xiaomi to develop more cutting-edge technology for everyone around the world.”

As per the estimates of last year, Xiaomi is the fifth largest selling company. It shipped about 92.4 million phones giving a competition to Apple, Samsung and Huawei.

Although, these companies had a partnership earlier, but this one would serve to deliver more benefits. Xiaomi would get more technical benefits and supports from Microsoft if it tries to expand its market all over the world. Microsoft’s AI and cloud service would also expand with a “growing hardware partner”.

In the upcoming time, we can expect more such companies pairing up to bring something better. Yesterday, Tencent and Samsung announced its partnership and stated that their joint investment in AI and games. This partnership was much talked about in CES last month.