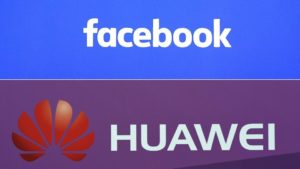 After long-term dispute, Facebook has agreed to share data of the users with the Chinese industries. Among them is Huawei which was previously regarded as a security threat by the US intelligence. Based on the agreements, the firms would get to access the data of the users to get the build experience of Facebook within their platforms.

Facebook further agreed to the collected data to be on the phone of the users and not on the servers. Currently, Facebook is under the investigation over how they use the information of its member. Ever since 2009, Facebook is blocked in China, but still, the company looks out for ways to access the potential market within the country.

A member of the US Senate Intelligence Committee, Senator Mark Warner reported that the news surrounding the Huawei and other companies for getting to access to the data policy of Facebook users caught aroused some valid and ‘legitimate concerns’.

Responding to all the claims made on it, Facebook said on Tuesday, “along with many other US tech companies have worked with them [Huawei] and other Chinese manufacturers to integrate their services onto these phones.”

The vice-president for mobile partnerships within Facebook, Francisco Varela, claimed that all the changes with OPPO, TCL, Lenovo and Huawei, “were “controlled from the get-go and that we approved the Facebook experiences these companies built.”

He even said, “Given the interest from Congress, we wanted to make clear that all the information from these integrations with Huawei was stored on the device, not on Huawei’s servers.”

Ban of Chinese products and services in the US

Back in 2012, all the US companies were warned against dealing with Chinese telecom firms, ZTE and Huawei by the US House Intelligence Committee.

Some reports by the Committee have also probed into the matter to determine whether there were connections between the Communist Party of China and the military with the firm. They further added that using their products may stand out to be a threat for the US.

Facebook had already landed itself in trouble some time back because of the involvement with the consultancy firm, Cambridge Analytica. They were over the dispute of using personal data. The matter of concern was whether the data was used for 2016 Presidential elections in the US or for the referendum of leaving EU.

Mark Zuckerberg, the founder of Facebook had apologized to the EU lawmakers for the involvement of Facebook in Cambridge Analytica scam. It also asked for forgiveness for letting the fake news to spread.