One of the Dragon Capsules has reached the space station for the second time, carrying about 3 tons of supplies and science gear. It arrived at the International Space Station (ISS), carrying all the supplies after completing its two orbital chase.

Astronauts reported that they received the Dragon capsule on April 4th at 6:40 am EDIT (10:40 GMT). They opened the capsule using the huge Canadarm2 robotic arm of the orbiting lab. The cargo vehicle was launched on 2nd April, Monday afternoon, on a SpaceX Falcon 9 rocket as a contracted mission of NASA. 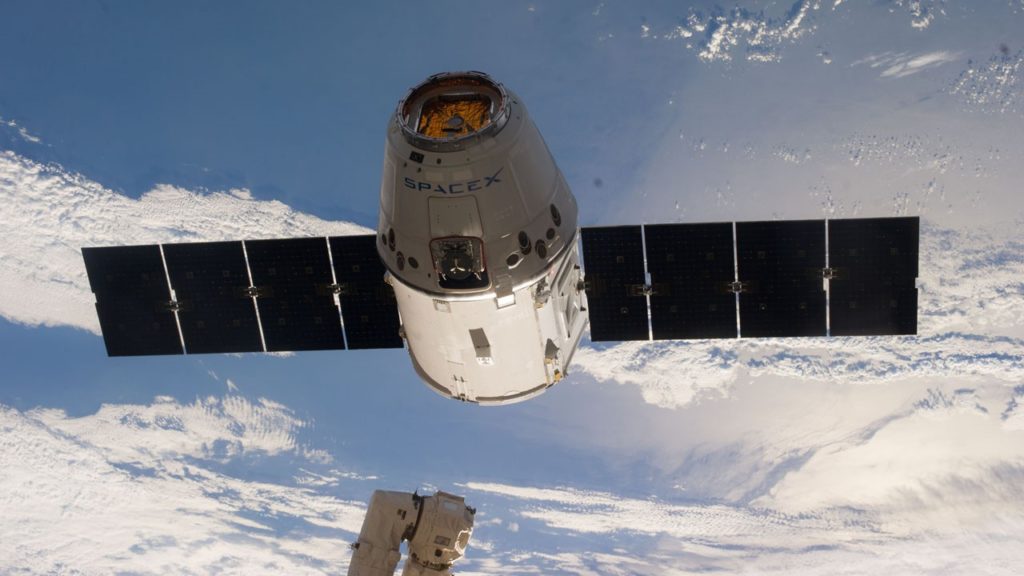 This mission was the second for both, the first stage of rocket and Dragon capsule. One of the cargo mission was launched in August 2017 with the help of the booster, and the capsule had previously visited ISS in April, 2016. By reusing the capsule, SpaceX plans to cut down the cost of spaceflight and create more room for the exploration of the space.

The work for unloading the capsule would soon be started by the members of ISS. It includes about 5800 lbs or 2630 kilograms of cargo. The Dragon contains a number of scientific experiments. Among the studies, one of the study includes a study designed to help in the plant growth at Space and yet another experiment regarding how red blood cells are produced by the bone marrow in a microgravity environment.

The Dragon also consists of an experimental spacecraft termed RemoveDebris. This experimental spacecraft will be used by the ISS in the near future for testing the ways of cleaning up the space junk. Once the RemoveDebris gets to fly independently, it will rehearse to hit an onboard target using a harpoon. It will also aim to jettison the small piggyback satellite, and cover it up with a net.

Until, the next month, The Dragon will remain till the time, the Dragon is being loaded by the crewmembers. It will again be loaded by the crew members with 3900 lbs or 1800kg of cargo in the space station, as stated by the representatives of SpaceX. The capsule is all set to leave and manoeuvre regarding the splashing down at the Pacific Ocean off Baja California. The SpaceX personnel will be retrieving its boat at the same.

No recovery for Falcon 9

However, Falcon 9, which launched the capsule on Monday would not be getting any recovery. The SpaceX did not even try to land it on the first stage, because the design of the Falcon 9 did not promote it to fly more than twice. As per the representatives of SpaceX, the next generation of Falcon 9, which will be called Block 5, would be able to launch and land for about 10 times.

Till the near future, Dragon freighters would not be using such heavy reuse.

On the news conference of Monday, Jessica Jensen, the mission manager of SpaceX Dragon, regarding the launch said, “For the Dragon 1 cargo vehicle, we are certifying it to be capable of three full flights.” She further added, “So, some of the Dragons are already seeing two; it will be capable of a third flight.”