Brian Acton, WhatsApp co-founder who has earned billions from Facebook is also a part of those who wants to delete Facebook. WhatsApp, however, is now owned by Facebook. As per the reports of Cambridge Analytica, a right-winged consultancy regarding the political matters said that since the last weekend, the price stock price of Facebook has reduced by 11%. It happened ever since Facebook ventured into and misused the private information of about more ten million of its users. It has received crackdowns from the regulators of United States as well as that of European Union. It has also received an investor lawsuit against itself.

A number of people came in to talk about the reports of Cambridge Analytica influencing people and has not used the data of Facebook in any inappropriate manner. Prior to the latest scandal, Facebook was also found engaged in the 2016 Presidential Election Campaign of Trump. Since then it has been growing over the concern of having an addictive and arguable nature.

Back on Tuesday took to Twitter and wrote, “It is time. #deletefacebook”. Before Acton tweeted it, the hashtag was already trending since the scandal came in the upfront. 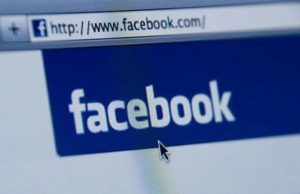 Brian Acton, prior to co-finding WhatsApp in 2009, was the engineer and executive at the company for Yahoo. Back in 2014, Facebook bought WhatsApp, which made a number of headlines. Facebook buying WhatsApp only contributed to Acton becoming a multi-billionaire and he was working for them till November, last year.

Acton now acts as the head for Signal Foundation. Signal can be considered to be the competitor of WhatsApp, which ensures more security to its users. The open source, end-to-end encryption features of Signal was being used by WhatsApp for some years. These features of Signal were generated by founder of Signal, Moxie Marlinspike and his team at Open Whisper Systems.

The development of Signal Foundation was announced last month by the founder and said that this non-profit was being funded by Acton. Acton paid $50million for the start-up of the project. The Freedom of the Press Foundation was previously funding Signal.

Marlinspike in a statement wrote, “Brian left WhatsApp and Facebook last year, and has been thinking about how to best focus his future time and energy on building non-profit technology for public good.” He further added, “The addition of Brian brings an incredibly talented engineer and visionary with decades of experience building successful products to our team.”

Acton isn’t much an active personality in Twitter. In this year, he has made only two tweets and same for the year in 2016. Only in 2012, he had made the random “WhatsApp” tweet. Ever since 2010, he hasn’t been very much active on Twitter like that of other personalities.

Back in 2009, he made a tweet, which drew many people’s attention, “Facebook turned me down. It was a great opportunity to connect with some fantastic people. Looking forward to life’s next adventure.”

However, there are number of people who aren’t satisfied of Facebook being deleted, as they believe it would not solve any problems.