The announcements of Microsoft Build 2018 are always interesting and exciting. The conference is always one of a beast. Developers from all over the world attend it to get the latest coding tools, and the company also provides details about the future. This conference also gives a hint about the features and the new technologies that the company would soon be introducing.

Mentioned below are some of the news from the Microsoft Build Conference 2018. 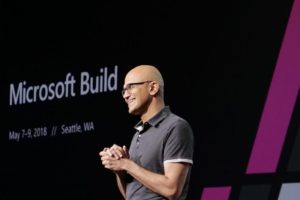 More focus towards the phones

The Mobile with Windows 10 did not get much of the popularity. But Microsoft is not backing, it is continuing its advancement towards focusing on the phones. In the near future, the company will be making Windows 10 phone compatible with iOS and Android. This will prove beneficial in improving the experience. On the KeyNote, Microsoft has also declared the introduction of new app called Your Phone. This app will allow you to send, receive text messages and images via Windows 10. It will also enable you to get the notifications without getting your phones from the pocket. To the Microsoft Launcher, it is also introducing the feature of Timeline. It will be available on both Android and Edge for iOS.

In today’s world, Alexa has become quite popular as a digital assistant though Cortana is still lagging behind. However, Amazon and Microsoft has come together and are sharing their digital assistants. It will be available in Windows 10 as well as the speakers. However, the release date of these two combined have yet not been specified, but this feature would be quite cool.

The CEO of Microsoft, Satya Nadella declared that the artificial intelligence or AI of the Microsoft will be available to the people and will be made quite ethical. The company has already started raising a program of $25 million to make a funding for the project of AI. It will prove to be helpful for disable people. He also talked about the rights to privacy of the user and said company would remove biases. This is getting AI in a better standard compared to the other companies.

Now, HoloLens and Mixed Reality Headsets have been combined. Sounds cool, right? This time, Microsoft attempts to develop both AR and VR as an enterprise. These will be inclusive of the two new features such as Remote Assist which will help in chat and collaboration. The next feature is that of the Layout which will allow spaces for the mixed reality.

Some new features of Windows 10

Though this was not the prime focus at the Build Conference, Microsoft did give the audience a few hints about what will be arriving next for Windows 10. It will introduce more Sets, which will enables for the group to work on programs together on particular projects. Microsoft will be introducing the feature of rich card interaction for programs such as Outlook. This will assist the Microsoft Pay, enabling you to pay your bills directly from inbox.