This is the 11th edition of IPL which kick-started well in the last week. It is a great platform to showcase talent of young cricketers and helps in opportunities for new players in International Cricket.

1.Total teams that are participating after the auction are eight. Two teams retained after two year ban (due to match fixing allegation) are Chennai Super Kings led by Dhoni and Rajasthan Royals led by Rahane.Apart from them, other teams are: Kolkata Knight Riders, Delhi Daredevils, Mumbai Indians, Royal Challenger Bangalore, Kings XI Punjab and Sunrisers Hyderabad. 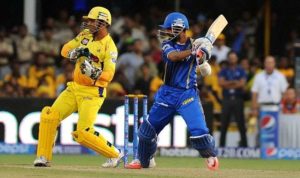 2. The costliest IPL player of the current season is none other than our Indian Captain Virat Kohli(Team RCB) who was retained by the Franchise for 17 Crore.He is also the only player in IPL history who has stuck to the same team since its first season. 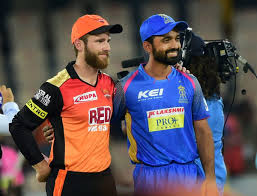 4. Two times winning Captain Gautam Gambhir has not been retained by his team KKR for this Season. KKR is being led by Dinesh Karthik for the first time.

5. McCullum becomes the second player in T20 History to score 9000 Runs after Chris Gayle. He achieved this feat in his 330th T20 Match against KKR which was his former team.

6. IPL matches which were scheduled to be played in Chennai have been shifted to Pune due to Cauvery protests.

7. This Year Star India successfully grabbed the opportunity for BCCI Rights for IPL matches for 5 Years by overshadowing Competitors such as SONY Pictures Network and Reliance JIO and marking the deal for whooping 16,500 crore.

Since the first season, IPL has successfully helped in bringing the limelight to young talents such as Chahal, Kuldeep Yadav, Pandya brothers, Kedar Jhadav, Lokesh Rahul etc. We hope this season also ends with few talents to come forward for India.