Undoubtedly the World Cup 2018 has been one of the most unpredictable ones in the history of football. We really did not see what came our way. Every game, every match, every goal astounded us. Didn’t it? From the very beginning it was being anticipated that the World Cup would be “coming home”, but then nothing as such happened. England got eliminated. Not only England, big teams like Argentina, Portugal were also out. And really, no one of us had ever anticipated that the Gods of Football, Ronaldo and Messi would be out this soon.

But what’s that you should really look for in the world Cup? France and Croatia are playing each other. This is the first time, that Croatia has got itself in the finals. However, among the both the chances of winning are high for France. Well, we really don’t know. Since this World Cup had been a game of twist and turns, commenting on any particular team’s win is tough. It may happen that while all of us are voting for Croatia, France may take the Cup or vice-versa. 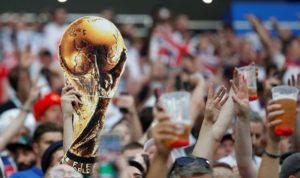 One cannot judge the skills of Croatia because in 1998, Croatia did show up for a tremendous semi-final win. Back when they appeared for the first game in 1998, they were a massive hit. But then again, they were beaten by France. Thus, this time it seems to be a crucial match. Croatia however, had overpowered Argentina this year in the semi-finals. If we consider Croatia reaching the finals, just to be a sheer matter of luck, then we’re highly mistaken. Their skills and technicality all of it played a great role in bringing Croatia to the finale. Luka Modric has been the heart of the game for Croatia.

Coming to France, it is no less. France is preparing itself altogether to make Croatia taste the defeat. While Croatia has Luka Modric, France’s Kante is no less. He has been calmly preparing to bring out his best in the team. Not only Kante, after the smooth game of teenager of Kylian Mbappe, everyone is looking out for him. Mbappe had performed too well in the previous match against Portugal. With the help of Mbappe, France had been able to defeat Protugal by 1-0. Since then, the 19-year-old Mbappe had been in the limelight.

Why Football is the main game?

If you consider World Cup to be the greatest game, you should know the reason as well. It isn’t just a game for it’s fans, it is the emotion. There aren’t just different nations participating, but all from different arenas. The countries aren’t differentiated on the basis of their financial basis. The rich as well as the poor nations take part in it and the game isn’t only about the coaches, but the players. It is all the various factors mixed up that makes this game everyone’s favorite.

No matter how unpredictable games went, everyone is expecting a France win.

So, whom are you supporting? France or Croatia.