Triple Talaq popularly known as Talaq-e-biddat is the process of instant divorce. It is also known as the Talaq-e-Mughallazah. It is basically a form of Islamic divorce.  This form is prevalent mostly in cases of Hanafi Sunni. This process eventually allows all Muslim men to divorce from their wives by saying “Talaq” three times. It can be in any form oral, written or through electronic messages. It is a Muslim law. 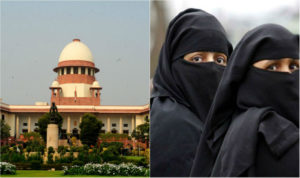 Since many years a debate is going around all corner calling this practise “unconstitutional”. The government refuses to acknowledge this fact. Muslim religious leaders state that the interference of government into their personal law is harming secularism. On 22nd August 2017 the Supreme Court of India called triple Talaq unconstitutional. 3 out of 5 judges in the panel declared the practice unconstitutional.

The triple Talaq bill was introduced by Law minister Ravi Shankar Prasad. He called the bill “Muslim (women protection of rights on marriage) bill”. He stated that it is an attempt to deliver justice and respect to all women and not only to a specific community or religion.

Twitter is very much pleased with the passing of this bill. Several people took to Twitter to express their happiness. However twitter also saw some backlashes because some Muslim women did not take part in the bill.

“This love is for women’s right and Justice and Note regarding any prayer ritual or religion”. -Ravi Shankar Kumar, Law Minister.

Opposition questioned the statement of Congress leaders and stated that if they really feel pity towards Muslim Women, they should not oppose the passing of the bill.

Women rejoiced the passing of the bill and celebrated it. However, they strongly criticised Owaisi for making such comments. In various places of India, Muslim women were seen celebrating the passing of the bill. Finally, there would be a stop to this unjust behaviour and women would receive justice on their end.