Just when everybody was waiting for Tovino Thomas to hit the screens, his look from maari 2 dropped. And undoubtedly, no one could have done this role better than Tovino himself. The Tamil film is as the name suggests sequel to the Dhanush hit, Maari. Tovin will be essaying the role of Beeja also known as Thanatos for the movie. The look of Tovino as Thanatos is extremely captivating in the movie. The story of Maari 2 revolves around the thara local. Tovino has the Eye of Providence tattooed on his upper arm which is attracting the attention of the people.

The tattoo of Tovino on the upper right arm is extremely attention grabbing and at the same time it has the religious reference. The tattoo symbolises the eye being enclosed in one triangle which is regarded to be the eye of God in the Christian mythology. This, however, is in complete contrast to the character of Tovino in the movie. Tovino is actually playing the devilish villain and no wonder, he even looks like one. Thanks to the look. 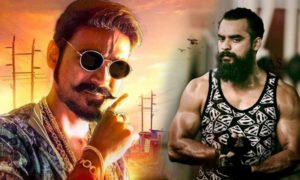 Maari 2: What does the director has to say?

Sharing the picture of his villain in the social media platform Director Balaji Mohan tweeted, “Maari’s villain is here! @ttovino as #Beeja a.k.a #Thanatos. Lives and breathes killing. With brain and with bullet! #Maari2CharacterPosters #Maari2.”

Prior to the release of Tovino’s look, the look of other two significant characters have also been shared. The looks were shared for Krishna, essaying the role of Dhanush’s close friend, Sai and Sai Pallavi. Sai Pallavi is seen playing the role of a common autodriver named Araathu Anandhi. Araathu is the love interest for Maari in the film.

Undoubtedly, Dhanush will be seen as the local thug who has got everything cool in him. The prequel of Maari 2, Maari got quite a mixed reaction from the audience. So, the team is really confused how the second part would do. The first part of Maari had Vijay Yesudas and Kajal Aggarwal playing the major roles. Director, Balaji Mohan who directed the first movie will also be seen directing the second movie. Dhanush’s production company, Wunderbar Films will be producing the movie. As per the news, the film will be released by December 2018. 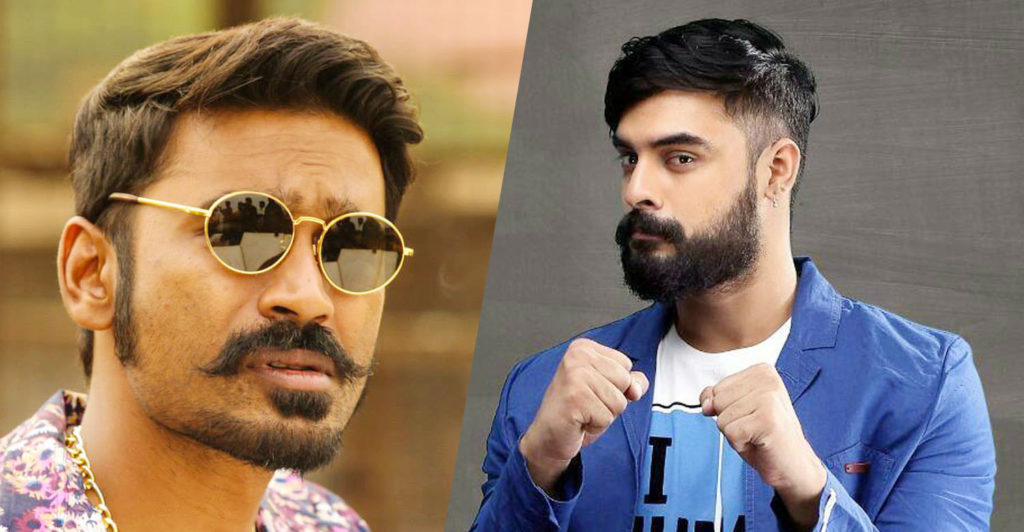 Dhanush and Tovino have had a long history of working together. Tovino was associated with Wunderbar, when they first produced the Malayalam hit Tharangam in 2017.

However, as of for now, both Tovino and Dhanush are busy working on their future projects. The Malayalam movie Oru Kuprasidha Payyan featuring Tovino was released back in 9th November. It had garnered much appreciation from the audience. However, on the same side, Dhanush is busy with his directorial debut.

Moreover, with the look of Tovino released, people are now anticipating how Dhanush would look in his new venture. Undoubtedly, it seems that the movie is going to be a great hit. Once the looks of everyone are released, we are sure audience won’t be able to hold themselves back.