Thugs of Hindostan: A very bad copy for Pirates of the Caribbean?

Ever since the poster for Thugs of Hindostan dropped, people had been excitedly waiting for it. With the look of Katrina, Aamir and Big B of Bollywood, people had a lot of hope from the film. But it seems that the movie has strongly disappointed the audience. Over the time, it hasn’t received much appreciation from the audience, instead trolls. Although, the poster and cast seemed appealing, the movie didn’t even treat the audience visually. As far as ratings are concerned, the movie didn’t manage to score a significant deal. It’s a very bad parody of Pirates of the Caribbean.

Thugs of Hindostan: Story of the movie

Basically, the movie revolves around the theme of revenge and hatred for the Britishers. Vijay Krishna Acharya did not even manage to get the story’s visual appearance to the people. The officer of British company, Clive confiscated the kingdom of Mirza and the Princess comes to rescue. In order to defy the Officer, Princess Zaira and Khudabaksh aka Azaad join hands. They both form a group of rebel pirates who vouch to defeat the English officer and win back the freedom. In order to give a strong answer to the rebel pirates, the Britishers hire the thug, Firangi. Firangi is hired to keep a track on the plans of Azaad and make their plans flop.

Also Read How: Amitabh Bachchan falls ill on the sets of Thugs of Hindostan 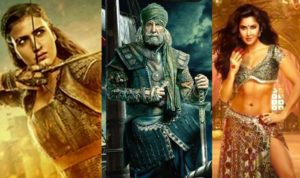 What is actually commendable about the movie is the cast, but they failed to weave the magic in the big screen. Amitabh Bachchan plays the role of Khudabaksh aka Azaad, the rebel on his journey to fail the plans of British. Next comes in our Dangal girl, Fatima Sana Sheikh, essaying the role of Princess Zafira. Zafira betrayed by the role of British, plan on taking over them by joining hands with Azaad. Well, how can we forget on the mesmerizing beauty of Katrina Kaif. She essays the role of beautiful dancer, Suraiya. Then, we have our Thug, Firangi played by Aamir Khan. Other actors who are a part of the movie include Ronit Roy, Lloyd Owen and Mohammed Zeeshan Ayyub.

When it comes to adventure, action and fantasy, we only imagine it to be a Hollywood movie. But, when it comes to Indian movies, we have really imagined it to be same. Thus, Thugs of Hindustan have come into give a strong competition to The Pirates of Caribbean. Although this big budget was supposed to give a tough competition to the movie, it did not quite do the Johnny Depp, Jack Sparrow. It looks like an adventurous movie and has all the visual appeal but quite really fails to manage and bring up the charm. Sadly, Thugs of Hindostan did not do justice to our imagination.

The movie begins in 1775, where a daughter and father are seen building sandcastles. This clearly makes it evident to the audience that their Castle is soon to be lost. This is because the sandcastles are a mark of withering away. With the coming in of East India Company, audience can make out that everything would be lost soon.  Soon, it happens that the British officer cheats the honest King, Mirza and takes away all that he has. He takes away his castle, his wealth and his family. But, it is only the young Princess, Zafira who manages to escape the torment of the people. She runs away with the trusted guard of her father, Khudabaksh. 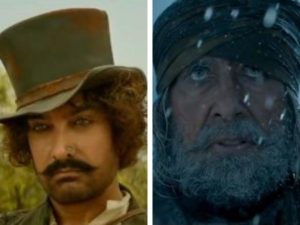 Khudabaksh is disgusted of the idea of ‘Angrezo ki ghulami’ and demands freedom of it. Both, Zafira and Khudabaksh, form a group of pirates who want nothing but to defend the British. The film the screening, makes it evident about the pirates. The cast is jumping on the ropes, moving around the jungles from tree to tree. They are all dressed in the clothes of pirates and dancing in the forests. Well, all of it just makes us nostalgic about the Pirates of Caribbean. Bringing in the reference of Coolie, we see a fierce eagle continuously surrounding Amitabh Bachchan. Khudabaksh and his eagle give in their all to protect Zafira. They are indeed a true example of desh-bhakts. We also see them trying to change the greedy, Firangi Mallah. Mallah is the one hanging with his idiotic childhood day’s friends, played by Ayyub if he is not hanging out with Surraiya.

What actually failed to impress the audience was the concept of pirates. Indians in the ancient times did not have much popularity as pirates. The Maratha navy was the one to gain the status of bandits in 1700s, but Thugs of Hindostan, did not bring up the concept. This visually appealing movie is full of adventure.

Thugs of Hindostan: The internal aspects 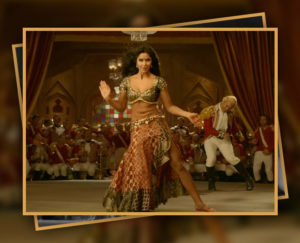 Thugs of Hindostan: The music

While the music is supposed to be the most entertaining aspect, the music of Thugs of Hindostan does not match it’s narrative. The performance by Amitabh Bachchan and Aamir Khan is commendable but others did not appeal much. Kaif does not have much lines and Fatima lacks the action.

Although Thugs of Hindostan has a lot of funny moments, and good visuals it just cannot bring up the thrill. This scale of movie is required to be pretty strong which TOH completely fails. The movie is tediously 2 hours and 35 minutes long and has a really bad editing. Although the concept of sea is attached to it, the movie does not really weave any magic. Thugs of Hindostan is all shows but no action.