The exchange rate of rupee dollar dropped to it’s all time low of Rs 71.42 per dollar since 31st August. Thus, as a result India had to import most of it’s fuel for $77.06 which is one of the highest rated till now. As a result there was a hike in the prices of diesel and petrol in India.

Dharmendra Pradhan, the Union Minister of Petroleum and Natural Gas said that it was the fault of the US government and politics for such a high rise in the fuel price within the the country. Since US sanctioned Tehran the import duty from Iran had to be lowered down by India. This in turn lowered the presence of fuel in county. This shock appeared when the import of crude oil from Iran in India was significantly increased in June of this year. Iran is regarded as the third biggest producer of Organization of Petroleum Exporting Countries. 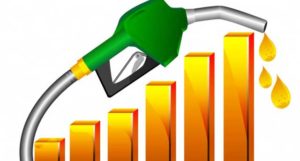 Taking the situation into consideration the former Finance Minister P Chidambaram said, “Relentless rise in prices of petrol and diesel is not inevitable. Because the price is built up by excessive taxes on petrol and diesel. If taxes are cut, prices will decline significantly.”

The concerned official said, “We already know that there will be a hit on current account. Knowing that we can’t disturb the fiscal deficit we should rather be fiscally prudent.” The difference lying between the inflow and outflow of for the foreign currency is leading to the current account deficit.

Since it is the election season, bringing down the cuts will disrupt the policies laid down by the government. He added, “The government cannot disturb fiscal maths by cutting excise duty.”

The VAT levied on petrol is said to be the highest around Mumbai with 39.12 percent. That of Telengana is highest on diesel with 26 percent on diesel. Delhi has the rate of 27 percent on petrol and 17.24 percent on Diesel. The VAT is applied the lowest around Andaman and Nicobar Islands. It levied 6 percent of sales tax on both, diesel and petrol.

The excise duty on petrol has been raised by Rs 11.17 per litre while that of diesel by Rs 13.47. This was done within a time period of November 2014 to January 2016. Nonetheless, the prices were brought down by Rs 2 in October of previous year.