The hike of Friday led to the increase of fuel prices. And it is not just a normal hike, it has led to one of the most significant increase in the amount. As compared to the previous scenarios, within one month the price of diesel increased by Rs 4 per little while that of petrol by Rs 3 per litre. Nonetheless, scenarios worsened when the price went by nearly 50 paise on Friday. The price on petrol in Delhi was Rs 80.38. The ones in Mumbai, Chennai and Kolkata comprised of RS 87.76, Rs 83.22, and Rs 82.97.

Congress never misses an opportunity to attack the ruling government. On Friday they took to inform the people about government’s reaction. Also they were pretty sarcastic. The government said despite such a high increase in price, the Union Finance Minister has been asking the common people to not worry and be frightened of the price hike. 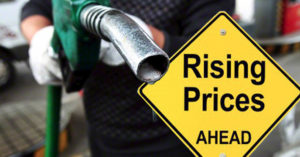 The senior leader and former Union Minister, Anand Sharma said, “The Congress is shouldering its duty as a responsible Opposition by raising the people’s voice. The central government has failed to pass on the benefits of a low crude oil price by reducing central excise duty.”

The price of the fuel has significantly increased over the time. Especially it took the leap on Friday with an increase of 50 paise per litre. While other parts of the country saw a significant rise, Delhi was at least saved. Petrol was priced at Rs 80.38 while diesel was priced at Rs 72.51. The whole nation has been suffering the wrath of increasing petrol prices. Nevertheless, it doesn’t seem that the government is making any efforts to bring down the price.

Fuel Prices: The reason for increase

Fuel Prices: States suffering the most

Mumbai seems to suffer the most due to the hike in fuel prices because of such increase. The other two states which have been suffering the wrath of increasing fuel prices include Chennai and Kolkata.

But it won’t be wrong to say that initially Bhopal was the one to suffer the most. In a single day, it noticed a significant rise in fuel prices since the introduction of daily price revision mechanism. This system was brought into effect in July previous year. On that day in Bhopal, petrol was priced at Rs 85.80 per litre while diesel was priced at Rs 76 per litre.

Now the only hope of people is GST. If the government levies GST upon the increasing fuel prices, the price would come down a significant amount. However, many are of view that government is saving this up for elections. It would be worthy to wait and watch what the future beholds.