Mars will become more prominent in size in the sky by the end of this month. The red planet will be orbiting the Earth comparatively closer than it had done in the past decade. The orbit of Earth and Mars will be aligned in the rare situation termed perihelic opposition throughout July. This opposition happens when Mars is closest to the sun, and the orbit of the Earth brings it between the two.

Therefore, because of this reason, in the past 15 years, Mars will be the closest to the Earth. Thus, it will appear three times bigger than that of its standard size in the sky. It is because of the perihelic opposition that Mars will seem bigger in size and also bright enough to be seen from the naked eye. Stargazers around the world will have the pleasure to see the red planet. However, nature would be a bit partial to the ones in Southern Hemisphere as they would get a better view. 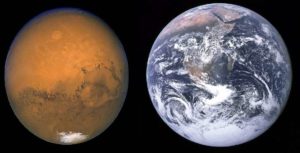 The Mars and sun are likely to be on the two opposite sides of the earth. The impact of perihelic opposition is same as that of the full moon when the Earth stands in between planet and Sun.

Perihelia also refers to the phenomenon when mars on its orbit will be closer to the Sun. This phenomenon happens every 26 months. This is because of the elliptical orbit of the mars. The perihelia will be approaching closer and closer to the sun. When both the conditions overlap, perihelic opposition occurs once in every 15 or 17 years.

When will the main event occur?

The main event will be occurring on July 27. However, throughout the month of July, Mars will appear more prominent in the sky. Before Mars Close Approach, the planet will appear to be three times bigger than the normal size. It will be brighter than Jupiter and will be 1.8 times brighter in the night sky. Therefore, this will be making Mars the fourth-brightest thing in the sky after the moon, Venus and sun. After the sunset, Mars will be the one to light up the whole sky. At the closest point, Mars will be just 57.6 million kilometers away from the Sun, while the average distance is supposed to be 225 million kilometers. One of the Twitter users also explained the significance of the event. They noted, “Currently the brightest “star,” Mars will triple in brightness leading up to July 27.”

NASA has noted that the planet won’t be brighter but also 2.7 times bigger than the standard size.

How will you get to view it?

You can view the perihelic opposition from the naked eye. So, you won’t be needing any expensive stuff to view the event. The red planet will be visible throughout the night. This one of the most common phenomenon which happens once in 26 months. Because of the difference in the orbits of Earth and Mars, the phenomenon can occur anywhere in the orbits.

The position of Earth between the mars and sun happens just within a week’s perihelion and thus appears to be rare. As stated earlier, the phenomenon will be happening in 15 or 17 years. The event last happened in 2003, when the planets came closer to each other than it had been in the past 60,000 years.

The difference in perihelion and aphelion 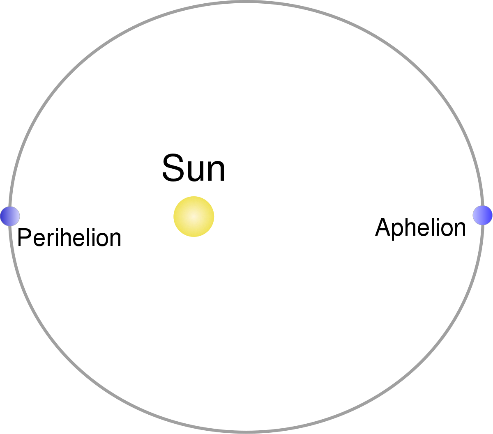 The orbits can be predicted, but the external forces such as gravitational pull of the moon, sun and other planets in the perihelic opposition are a bit hard to predict. The pull can bring Earth close to its neighbors.

The orbits of Earth and Mars are different from each other, the orbit of mars being more elliptical. It is for this reason that there is a difference between perihelion and aphelion. According to the estimations of scientists, the orbit of Mars is getting elongated.

Therefore, the difference in aphelion and perihelion is also increasing. Thus, the upcoming perihelion may bring Mars closer to earth.