Once again United States became a victim to mass shooting. The teenager who was said to kill all the 17 teenagers has confessed his crime to the police on Wednesday. Nikolas Cruz, age 19 arrived at the school campus and began firing randomly at the students. The court document reported that after firing, he left his weapon and escaped. He was presented in the court for attempting to murder 17 teenager children. The attack is considered to be the most deadly school shooting in US since 2012. The attack happened at Marjory Stoneman Douglas High School in Parkland, Florida. 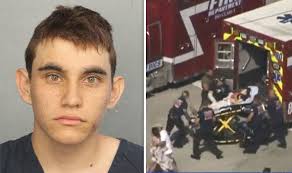 Florida Shooting: Statements regarding the accused

Nikolas Cruz, 19 was responsible for the school shooting in Florida. As per the documents of the court, “Cruz states that he was the gunman who entered the school campus armed with AR-15 and began shooting students that he saw in the hallways and on the school grounds.” The court document also said the extra ammunitions were being carried by the accused in duffel bag. After firing he escaped, abandoning his bag.

Cruz was expelled from the school and confessed on attacking the school for the same reason. Many students had also joked about the fact the he would shoot up the whole school. As told by Chad Reuters, schoolmate of Cruz, he was an outcast who was “crazy about guns”. There were two Instagram accounts which had pictures of Cruz posing with guns and knives. However, these accounts are now deleted.

Several warnings were given by people to the FBI regarding the activities of Nikolas Cruz. Last year Cruz had posted a comment on a YouTube video. Ben Bennight had then contacted FBI and spoke to the concerned representatives regarding the comment of Nikolas. The FBI also told the fact that they were aware of the comments posted by Nikolas. They had been keeping a check on the activities but were unable to identify the person.

Jim Gard, the mathematics teachers also said Miami Herald that the behavioural problems of Nikolas Cruz was mailed by the school authorities to the respective teachers. As per his statement, “There were problems with him last year threatening students, and I guess he was asked to leave campus.” 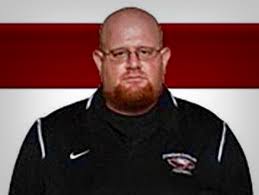 A total of 17 people were killed in the mass shooting. The three staff members and 14 students died in the attack. Aaron Feis, the football coach died in the attack while protecting the students. To commemorate his death, his football team had tweeted that he had “died a hero”.

Another victims who died in the attack were Alyssa Alhadeff, Martin Duque, Alaina Petty, Alex Schachter, Jaime Guttenberg, and others.

Many people have expressed their disappointment regarding the mass shooting. The Democratic Senator of Florida, Bill Nelson also took to twitter to ask what it would actually take “for enough to be enough”. Republican parties have drawn out from the debate of this mass shooting.

In an interview with CNN, the mother of one of the victims had said that President Trump should respond to the policy. In a statement she said, “Do Something. Action. We need it now”

The Senators are accusing Republicans for being responsible for the shooting. Republicans have decided to stay mum regarding the incident.