2018 seems to be the year of supermoons. It started off with the first supermoon of the year on 1st January. On January 31st the Earth will witness its second supermoon, the blue moon. Some places would witness it on 31st January whereas some on 1st February. However, the places that witnessed the super moon on 2nd January would witness the blue moon on 1st February and not on the 31st of January. These regions would be the eastern Asia and eastern Australia. Although the southwestern Australia would see it on the normal time. 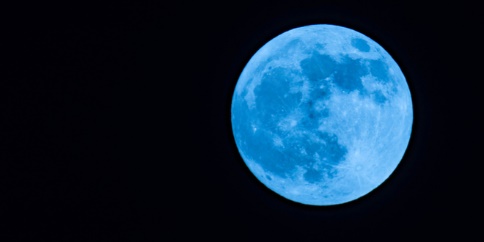 What is a Blue Moon?

As the saying goes “once in a blue moon”, the supermoons aren’t this rare. They happen every 2.7 years because of the number of days due to lunation. Well, 2018 seems to be bit lucky as there will be two supermoons.

A blue moon is a phenomenon that occurs when two full moons happen in the same month because of the occurrence of lunar eclipse while the moon passes the shadow of the Earth. However, supermoons happen when the perigee (the moon’s closest point to Earth) is closest to the orbit of the earth during its monthly orbit. Supermoon usually takes place on the day of full moon.

The first Blue moon will be occurring on the either the night of 31st January or 1st February.

The blue moon happens once in every 36 years. The last Blue Moon happened on Dec 30, 1982. This time around, it will be visible from North America, Middle East Asia, Russia and Australia.

The event this year is causing headlines because of the occurrence of three combined unusual events- big super moon, blue moon and a total lunar eclipse.

As per the senior editor of Sky and Telescope magazine, Kelly Beatty “It’s an astronomical trifecta”.

The occurrence of third moon is the thirs series of “supermoon”. Supermoon occurs when the moon is closest to the orbit of the Earth. This phenomenon is called the perigee of moon. This makes the moon appear 14% bigger and 30% brighter.

The moon will change its colour from whit to orange or red during the eclipse. This happens because of the moon gliding into the Earth’s shadow.

The super blood blue moon will last for approx. 1 hour 16 minutes in United States and Canada. It will be available in Middle East Asia, eastern Russia, Australia and New Zealand during the evening.

As per the reports of Sky and Telescope magazine, “the last time a complete lunar cover-up took place on the second full moon of the month was December 30, 1982, at least as reckoned by local time in Europe, Africa, and western Asia — locations where the event could be seen.”

According to the calculations of Aufdenberg, the last super blood moon occurred on 31st March, 1866. Supermoons occur about four to six times in a year. Although lunar eclipses occur only twice a year.

Lunar eclipse are normal and can viewed using normal eye-wear. BE ready to witness the super blood moon!!