Delhi Traffic will soon be managed by Artificial Intelligence

Delhi becomes way cooler than what we had expected. Soon, the Delhi traffic system would be managed by artificial intelligence (AI). Most of the traffic would be managed by these AIs, depth sensors and a few policemen would be there to look after the process. This is the first step towards the futuristic version towards the world city, although it cannot be termed to be one for a long term. By 2019, there are possibilities that it might get installed as it is a short-term plan.

The top police officers of Delhi gave the concept of installation of AI to the senior government officers and Lieutenant Governor Anil Baijal. The project may be of RS 1000 crore. The senior officers gave in their consent to the project of AI managing the traffic. The technical consultant has also been hired to carry out the project. One of the police officers involved in it said a sensor camera would be placed which can give the AI data to the software.

Delhi’s Traffic: Statement of the officials

Depender Pathak, the Special Commissioner of Traffic Police and the Chief of City traffic police, has said that the department has already started to work on the project. He said, “High-resolution cameras with sensor-based real-time traffic volume count technology will first be placed on all arterial roads. Around 7,000-8,000 cameras with multidirectional infrared and colorless laser sensors will count the volume based on image pattern analysis. At every signal, we will also have IP based public address system. Through the cameras, we will see the traffic and also communicate with the drivers while on the move or at signals using the PA system.” 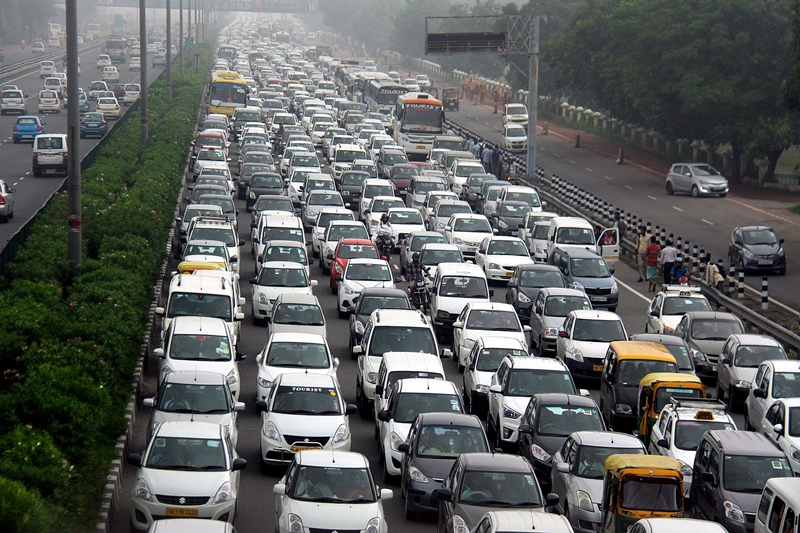 There will 7000 cameras which will collect the information for a few months. AI has become so much into use because of the development of Big Data. This is used by software to learn it and another process of deep learning.

Pathak further added, “Traffic in Delhi has a pattern. There are some areas where traffic is very heavy on certain days while other roads remain underutilised. Currently, our traffic inspectors use their experience to stop or divert traffic during peak hours but with the data in place from cameras live feeds, sensors, even Google maps, the AI will make a predictive algorithm. The AI will also be updating its system continuously”. He also said, “Apart from the cameras, the police department also plans to order LED boards. According to the project report, the 1000 LED boards will be synced with the AI software and the cameras, and display real-time information about traffic so that drivers know which road to use or avoid.”

Delhi Traffic: The functioning of the system

Most of the traffic officers will be off roads while others will be on the emergency. Hence, for monitoring smart traffic control rooms would be installed. The traffic officers would get to monitor the working of the traffic. Soon, there might not be any traffic police on the road to issue challans if the project works well. The project would see continuous changes as the senior ministry would keep on regulating and bringing changes in the project. The senior police officer also added that soon it would be mandatory for all the vehicles to have a chip. This chip would be analyzed by the AI system. The tickets will be sent to the owner by the database of the e-vahan and e-sarthi portal.

Such kind of traffic systems is already in function in the various countries. Maxwell Pereria, the previous joint commissioner of Delhi police, said, “What is being planned for Delhi is going to be an advanced version of what already exists in patches across the city. AI-based ITMS is expensive, but it is the need of the hour. However, it cannot be a success without people learning and following rules.”