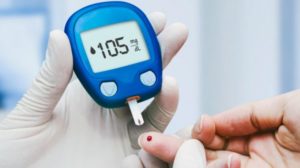 Recent studies carried out by Prof. Leif Groop of Lund University Diabetes Centre in Sweden have found that instead of two, there are five kinds of diabetes. This will thus ensure better medical recovery. Except for gestational diabetes or the diabetes that occurs around the time of pregnancy, there are two kinds of significant diabetes- Type 1 and Type 2.

In case of type 1 diabetes, the immune system attacks the beta cells of pancreas which produce insulin essential for regulating blood sugar levels. Type 2 is the most common form of diabetes and people suffering from it are about 90-95%. In case of Type 2 diabetes, the body stops responding to insulin or the pancreas fails to produce enough insulin.

The heterogeneity of Diabetes

Diabetes can be diagnosed by taking the fasting plasma glucose (FPG) test or the A1C test. The FPG test shows the reports of the body based on one single time, whereas the A1C test is known for showing the average results of the previous three months.

Dr. Rob Sladek of McGilll University and Genome Quebec Invocation Centre in Canada related to the study said, “Diabetes is a group of chronic metabolic disorders, that share the common feature of hyperglycemia, meaning that, in principle, diabetes can be diagnosed via measurement of a single blood component.”

“However, elevations in blood glucose can be caused by a number of genetic and acquired factors that reduce the circulating concentrations of insulin or decrease its effectiveness, leading to heterogeneity in the clinical presentation and progression of the disease.”

Professor Groop and his team said that a precise study of diabetes related with its heterogeneity can play an important role in protecting the individuals. This would prohibit the further complications and make treatment easier. Their study showed that diabetes should no longer be categorized into two groups, but five.

The five types of diabetes

Based on the new study by Prof. Groop’s team, it is being said that diabetes should be categorized into five forms and not two. The forms are as follows:

Category 1: Type 1 diabetes of severe auto-immune diabetes is the condition which causes insulin deficiency and indicates the presence of autoantibodies.

Category 2: Severe insulin deficient diabetes is caused usually at a young age and is characterized by insulin deficiency. It has a poor metabolic rate but there are no autoantibodies present in this condition.

The study reported that some of them weren’t being treated as per their conditions. Hence, the results of the research will lead towards precise medicine as per the diabetes. The team who conducted the study have said that their study is a great step towards the treatment for diabetes. However, they stated that the underlying feature of the conditions couldn’t be found.

Hence, the head of the research, Prof. Groop concludes, “Existing treatment guidelines are limited by the fact they respond to poor metabolic control when it has developed, but do not have the means to predict which patients will need intensified treatment.”