On Wednesday, European authorities considered changing the way of taxing many technology companies. This step was taken in order to eradicate the tax avoidance across the European Union. Rather than the profits, the new system would impose tax on the basis of revenue of the country in the area where it is generated. As per the regulators, shifting of the profits would allow business growth in low-tax countries which will eventually reduce the payments.

The plan is taken up by the European Union against Unites States as both are involved in the tussle of retaining corporate tax revenue. In order to widen the scope of regulation of the technology companies, Brussels and Washington have been involved in a battle since a long time. The dispute is based on the American steel and aluminium tariffs.

Everything you need to know about child insurance plans

Finance Minister: People with income up to 9.5 Lakhs do not need to pay the Tax Liability 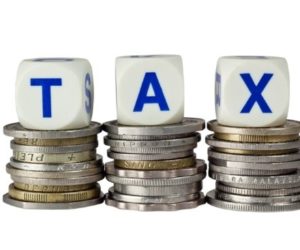 As per the proposed plan, Europe is regarded as one of the most important regulators of technology as well as digital services. The European Union consisting of 28 member states has a customer base of 500 million worldwide. It also has a significant impact on the growing officials worldwide as most of them take their hints and suggestions from Brussels in order to regulate their tech industry.

Pierre Moscovici, the tax Commissioner of European Union said, “The digital revolution has turned our economies upside down. When you ‘like’ a picture, when you post a video on social media, your click sets in motion a chain of business transactions and thus creates considerable profits.”

He further added, “But under today’s rules, those profits are not taxed. The current legal vacuum is creating a substantial shortfall in the budgetary revenues of our member states.” He further argued, that an uneven distribution between digital and traditional businesses occur due to this.

According to the European Commission, executive of the European Union, in order to reduce the burden of taxes, the process of profit-shifting is being followed. Before the Wednesday announcement of the digital tax feature, a document obtained by The New York Times stated that the average effective tax rate of the officials in the digital bloc pay is estimated to be 9.5% whereas that for traditional businesses stand out at 23.3%. 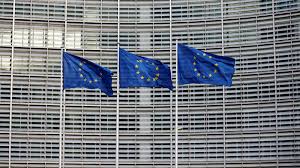 As per the new proposal, on selling the user data 3% of tax would be imposed targeting advertising and ‘interfaces that put together buyers and sellers’. According to the estimations of the officials, this plan would help in generating tax revenue of 5 billion euros to $6.15 billion for the European Union’s 28 member states.

In order to avoid the burden of double taxation, minimum thresholds would be applied which in turn will signify the tax being subjected to the tech giants and help the payment be deducted from the contributions of their corporate tax. As soon as all the member states of the European Union agree to the plan, it would soon be implemented. However, the fact now stands that there are disagreements made by the certain member states over the issue of the required change.

Bigger tech giant countries like France and Germany have agreed to the change while a few small member states have refused to the plan. As per these member states, with the help of tax change, employers are attracted towards the system.

Ireland which has been in dispute for a long time over the tax treatment over Apple in the European Commission. Ireland did not agree to the new changes as their Prime Minister Leo Varadkar is a statement called the move to be ‘ill-judged.’

The policymakers within European Commission and also outside of it have agreed to the changes. They said in order make the companies wide on a global market, the tax made digital or not, would imply fair share of taxes among everyone.

The importance of the tech companies have got into the limelight in the recent days when it was revealed that in association with the political data firm, the 2016 Presidential campaign of Trump was able to access the personal information of the various Facebook users. In the European Union, Facebook Company has always been involved in controversy regarding the improper handling of personal data, avoidance of tax and ‘antitrust violations’.

Google was penalized of 2.4 billion euro last year by the European Commission previous year over the issue of misusing the dominant position in the market. Other tech giants such as Apple, Amazon and Qualcomm were also investigated over these matters. The importance of Silicon Valley in the market has given rise to the fact of European regulators being too despotic over the American businesses in the country. This allegation by the Brussels have been rejected.