Prime Minister Narendra Modi took to launch the India Post Payments Bank on Saturday. It will be offering a great platform to the postal department so as to include finances among the masses.

As per the official reports the event was held at Talkatora Stadium of New Delhi. More event launches are to be held for 650 branches and access points which range for 3250. The source added, “IPPB has been envisioned as an accessible, affordable and trusted bank for the common man, to help speedily achieve the financial inclusion objectives of the Union Government.” 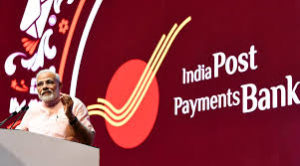 The payment bank works to ensure the 100 percent equity around the Indian Government. It will help to increase the network around Department of Posts (DoP). More than three lakh postmen have been working in the DoP sector along with a huge number of Grameen Dak Dreams. It is being expected by the end of the year (31 December 2018), the total 1.55 lakh post offices around the country will be connected with the IPPB system. This will prove to beneficial for the reach of banking sector in the rural India.

The services offered by IPPB will be vast and very effective as that of the banking services. These services will be wide and have a lot to offer. Some of the prominent services include money transfer, current and savings account, enterprise and merchant payments, bills and utilities payments and direct benefit transfers.

The cabinet this week stated that there will be an increase in expenditure of IPPB by 80 percent. It will go upto Rs 1435 crore. This move, if required will also be well supported in order to compete with its existing rivals such as Airtel Payments Bank and Paytm Payments Bank. As per a statement the price of the total technology will be somewhere around Rs 400 crore while that of human resources will be Rs 235 crore. 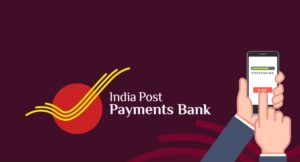 Pointing to the defaulters of loan, Modi said, “Four-five years back, majority of funds with banks was reserved only for those close to one family. Our own government brought the truth of the NPA, the scam of the previous government in front of the country. We not only detected the disease, but also searched for the cause and took several important steps to repair the disease.”

Modi took to inform to the audience that in the past four years, all the loans applied which were more than Rs 50 crore were thoroughly reviewed by the NDA government. They also took special measures to ensure that all the rules regarding the loan were followed in the right manner. He added, “We changed the law, decided to merge the banks and promotion of professional approach in the banking sector.”

Prime Minister took the opportunity to show the rise of Indian GDP while talking of the the performance of Indians at the Asian Games. He said that all these portray a “bright picture of new India.”