It wouldn’t be wrong to admit that Ranbir Kapoor is one of the most versatile actors that Bollywood has ever gifted us. The movies of this superstar are a treat to watch and a pleasing to the soul. He did movies like Yeh Jawani Hai Deewani, Tamasha which weren’t only pleasing for the eye but also a delight to our soul. However, the actor is back once again with the most awaited movie of the year, Sanju, the life story of the much-known Baba of Indian Cinema, Sanjay Dutt. This movie very clearly portrays the life events of the mega star right from his happy days to that of his struggle.

Quite clear, the movie revolves around the life of Sanjay Dutt. Ranbir Kapoor plays the central character in the movie and has an important role. The movie is divided in the various phases of the life of Sanjay Dutt from his drug addiction to that of his jail term. The character starts that the first time he tried drug was when he had an argument with his father, next when his mother was in the hospital. He even admits that by the time he had already become an addict.

The people of India had 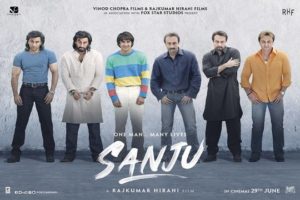 eagerly been waiting for the movie ever since the teaser dropped out on 24th April, 2018. The teaser of the movie had itself set the bars high for the movie and now that the trailer is here, people just can’t hold back their excitement. The trailer dropped on 30 May, 2018. Undoubtedly, the trailer of Sanju is a roller coaster which provides for the different shades of the life of Sanjay Dutt. In the trailer itself, the character is found saying, “Itni variety wali life apko kahan milegi?” No doubt, the teaser had itself portrayed Sanjay sleeping on roads, begging for bus fares and then being at fancy hotels. This just depicts the fact that Sanjay had tested every bit of his life from the luxury to atrocities. He spent his nights at luxurious restaurants and yet at the same time, he lived in jails too. The trailer also talks about his drug addiction, involvement in the underworld, bonding with father, love interest and married life.

We even get to see the controversies of the story of Sanjay Dutt’s life. It is quite evident from the trailer that the movie would give an insight to the jail term of Sanjay Dutt. The earlier part of the movie would determine the humor and luxurious life that the great Bollywood celebrity led and then at the next would talk of the pathos he had to face in the jail term. There is also a mention of the number of love affairs he had. However, this has drawn criticism from some people.

The movie indeed has the flavor of friendship, love, suffering, criticism and happiness. The only thing prominent throughout the movie is, the character’s dialogue that he isn’t a terrorist. Rightly said, it is a story that all of us know but it would turn out to be a story that most of us wouldn’t believe. 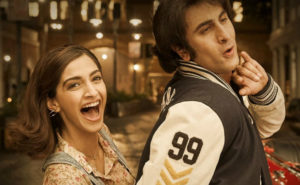 There’s no specific news till now about the complete song list of Sanju but the first song which was released has already got people grooving to the beats. The first soundtrack, Main Badhiya Tu Badhiya is the first released that gives us complete retro feels. It dropped on June 3. Rohan-Rohan and Vikram Mantrose have composed most number of songs for the movie. However, this time Rajkumar Hirani and the Oscar-winning, AR Rahman are collaborating for the first time in the movie.

Regarding the soundtrack, Hirani added that they were dissatisfied with one of the songs which led him to AR Rahman. He said, “Since the song had already been shot, it wouldn’t have been possible to record another number and re-shoot it. So, we needed someone to create a new song keeping in mind these visuals. Considering it required tremendous expertise, Vinod suggested Rahman’s name.” Since Rahman has the habit of working late night, Hirani also added, “It does not matter what time he works at or which part of the globe he works from. He is immensely talented, and his understanding of cinema is so strong that he can enhance your images with his music. He adapts to what you want.”

Regarding the collaboration, AR Rahman also added, “I was curious to know how the magical team of Vidhu Vinod Chopra and Raju Hirani created these blockbusters together. I was pleasantly surprised when I got a call to be a guest composer on this one.”

They also added that the original soundtracks of Dutt have found its way in the film.

Bollywood has immensely praised Ranbir Kapoor for his performance. However, the one reaction that got everyone’s attention was the reaction of Rishi Kapoor. Regarding Ranbir’s performance in Sanju, father Rishi Kapoor said, “The way Rajkumar Hirani has presented Ranbir is superb. The boy has really done well. I am so proud of him. I swear on Neetu (Kapoor) and Ranbir, I did not think it was Ranbir, I thought it was Sanjay Dutt.”

On hearing this Ranbir added that he got emotional after listening to the reaction of his father. He added, “Besides being my father, he is also an actor I admire. My dad would never say it on my face that I have done good work. That is why when Raju sir (Rajkumar Hirani) sent me the video, I got extremely emotional.” 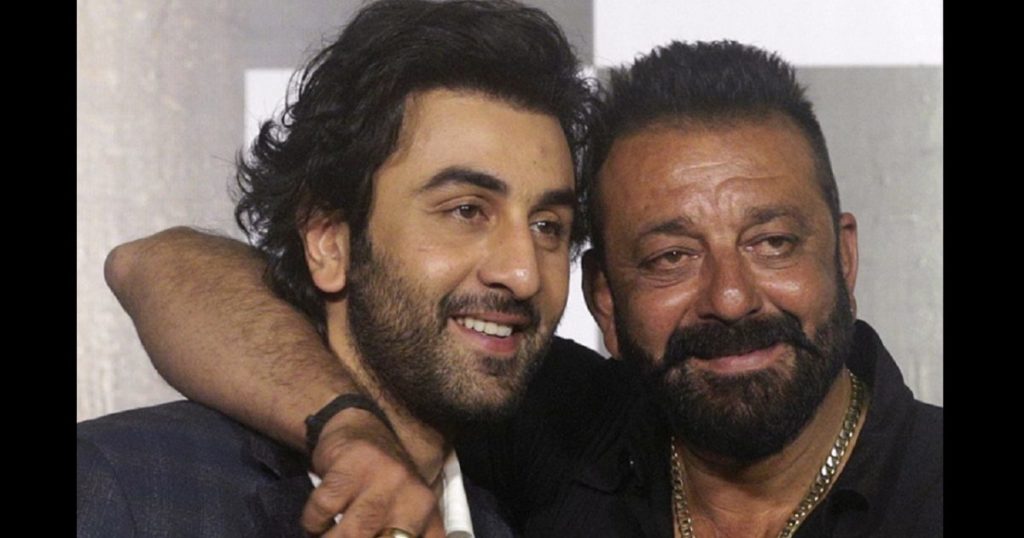 Hirani had made up the house same as that of Sanjay Dutt’s house where he sent his own childhood because he wanted to portray the life of Sanjay right from his childhood.

Oh, and by the way did you notice Arshad Warsi in the trailer of the movie?

One thought on “Sanju: The story of Humour and Pathos of the life of Sanjay Dutt”