Ever since the announcement of Aadhi, Appu aka Mohanlal’s family have been extremely waiting for its release. The film was released yesterday, on 26th January, 2018. Their favourite Lalettan’s son, Appu has never failed to disappoint his fans. He has been proving his acting skills to be extremely strong since years by winning State Award as a child artiste for the film Onnaman.
The movie stayed in limelight for a long time. He decided to step into his dad’s paths in September 2016. He decided to make his debut in “Aadhi”. It also marked the vehicle of debut for Rajavinte Makan. 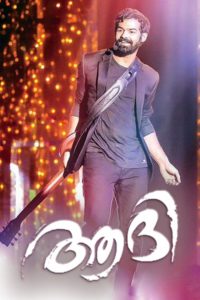 This movie was directed by Jeethu Joseph. It is produced by Anthony Preumbavoor. The reason why people were extremely waiting for the movie was its star cast. The movie marked the debut of Pranav Mohanlal. Apart from him, the others were Siddique, Lena, Anusree, Sharafudheen, Meghanathan, Jagapati Babu, Siju Wilson, Aditi Ravi, Tony Luke, Krishna Shankar, Sijoy Varghese and Kritika Pradeep.
The film also marked the cameo appearance of the people’s favourite Mohanlal and the producer, Antony Permbavoor. Production Company Ashirvaad Cinamas also associated in the production of this movie.
This movie has gained positive and good reviews from its viewers.

Aadhi movie is a thriller drama writer by the director himself. The director, Jeethu Joseph is well known for his movie “Drishyam”. The film received a “U” certificate and has a run time of 2 hours and 38 minutes.
The movie revolves around the protagonist, Aadhithya Mohan aka Aadhi, who is being played by Pranav Mohanlal. He is an aspiring musician who travels from one place to another under a bid so he can make it large in the music industry. But as always, an unfortunate event happens and he finds himself in a problem. He finds himself to be drowning into the bog of the uncertain event. He’s completely trapped ino it and unable to return to his family.
The main part of the story is how he thrives and works hard to run his life. 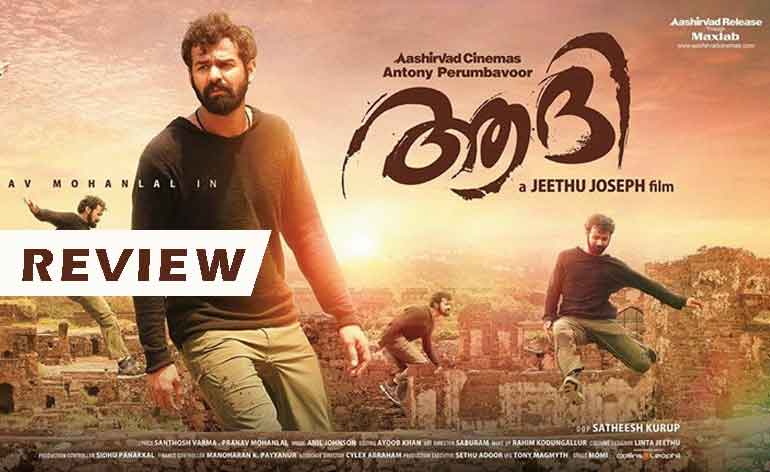 Performance of the actors

The performance of the actors have been well appreciated by the view. Pravan Mohanlal has outshined all and did the perfect justice to his role. No wonder, it was his first attempt. His performance took movie to reach its heights. Apart from him, the other casts of the movie like Siddique, Sharafudheen, MEghanath, Jagapati Babu, Siju Wilson, Aditi Ravi, Anusree, Tony Luke, Krishna Shankar, Sijoy Varghese and Krittika Pradeep have also well in the movie.

The production values of Aadhi weren’t very high, they were decent enough. The major technical attraction of the movie was the music by Anil Johnson and camera work by Satheesh Kurup.

The movie has received some really good reviews from the viewers. The official trailer of the movie was published in YouTube by Goodwill Entertainments and received 1.8 million views. The film received an IMDb rating of 7.9/10 and 2.8/5 rating by BEhindwoods.