The joint venture of European Space Agency and Russian based Roscosmos, 3.5 tonne spacecraft was launched back in march 2016. One part of the ExoMars Mission, the Trace Gas Orbiter (TGO) had been orbiting the planet for nearly about a year and it sent sensors last week to examine the origin of methane gas in the atmosphere.

Scientists expect to solve the mystery after completing 1000 loops and find out why methane is a part of the atmosphere of the planet. However, it would take more than a year to complete data. It is expected that they may get some important clues within the next month as in the methane gas there was produced by living organisms or part of the geology of the planet. 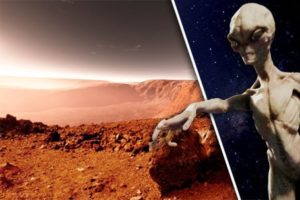 Life on Mars: Statement of officials

One of the scientists of the orbiter’s project, Hakan Svedhan said, “We will start our science mission in just a couple of weeks and are extremely excited about what the first measurements will reveal. We have the sensitivity to detect rare gases in minute proportions, with the potential to discover if Mars is still active today – biologically or geologically speaking.”

Methane, which is not that much of an important part in the atmosphere of Earth, makes up for one of the most important organic compound on the planet of Mars. It is also a major gas in the Mars. Methane is usually formed when the fossil fuels are extracted from ground or can be man-made. The man-made process of methane requires livestock farming or landfill sites.

The manager of mission Trace Gas Orbiter, Pia Mitschdoefer said, “This is a major milestone for our ExoMars programme, and a fantastic achievement for Europe. We have reached this orbit for the first time through aerobraking and with the heaviest orbiter ever sent to the Red Planet, ready to start searching for signs of life from orbit.”