Eid, the pious festivals of Muslims fall just after the holy month of Ramzan. It stands as an excellent deal for Muslim people gathering with each other and celebrating in the heartiest way possible. With the festival of Eid arriving so close, people are excitedly waiting for the Shawwal moon to be sighted so that they can enjoy. The sighting of the Shawwal moon would signify the ending of the month of Ramzan and the beginning of Eid.

The celebration of Eid begins with the sighting of Shawwal moon. The moon rises on the first night of Shawwal, the tenth month in the Islamic lunar calendar. Islamic Prophet Muhammad brought the month Shawwal into existence. Every year, the Eid day varies in different countries. 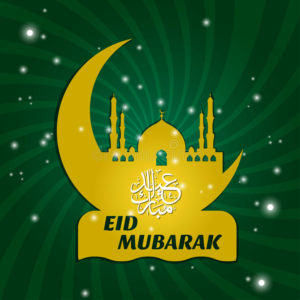 However, the date of Eid and the month of Ramzan changes every year and due to specific changes in the lunar calendar it happens to fall on the previous as compared to that of the previous one. Like every year, the Eid this year too happens to drop a bit earlier and at a different time in different regions. The day of the Eid is to be celebrated entirely depends on the sighting of the Shawwal moon.

However, there are some countries where the moon wasn’t sighted today. Therefore, the celebration of Eid would begin on the following day of 15th June which is from June 16th.

As far as Pakistan is concerned, the Central Ruet-e-Hilal Committee (CRHC) met in Karachi to sight the Shawwal moon. However, they also said that it was unlikely to spot the planet on Thursday. The Met office said, “There are fewer chances of the Eid moon being sighted today.” Therefore, in Pakistan Eid is to be celebrated on June 16th.

Hurriyet Daily of Turkey said that holidays had been announced in Turkey from June 15 till June 17. Eid will be celebrated in Turkey on Friday, June 15th.

Australia, New Zealand and India would be observing Eid on June 16th because the crescent moon of Shawwal was not spotted in these countries.