The social media channel Twitter is reported to have suspended thousands of bot accounts. According to Twitter, these bot accounts violate the policies and rules of Twitter. This move from Twitter got a number of “conservative media figures” furious, because they lost a number of followers. Many of these figures were the pro-Trump crowd like Bill Mitchell and white nationalist Richard Spencer. They complained against Twitter for losing small amount of their followers. However, other accounts are still being held by Twitter for verification of being held by human being. 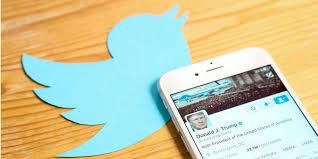 Twitter has yet not given the confirmation of the number of accounts that have been blocked. They have released a statement where they mentioned that they would continue this move to verify the “suspicious account behavior”. These accounts violate the terms and conditions of Twitter. In the statement, the company said that through this move, it aims to eliminate all the fake and malicious accounts. They have also introduced the feature of adding phone numbers of the users to get the confirmation of a human handling the account.

In the issued statement, spokesperson Emily Horne said, “That’s why some people may be experiencing suspensions or locks. Note that when an account is locked and being challenged to provide a phone number, it is removed from follower counts until it provides a phone number. This is part of our ongoing, comprehensive efforts to make Twitter safer and healthier for everyone.”

Twitter initiated this move to increase national scrutiny, because gradually by time, twitter was bring used to spread, misleading, hateful and false information during the 2016 election run. Other companies like Google and Facebook were involved. Robert Muller, special counsel who investigated the matter of Russian interference in 2016, said that Twitter was one of the main target used by Kremlin linked troll farm to spread “illegal propaganda’s”. 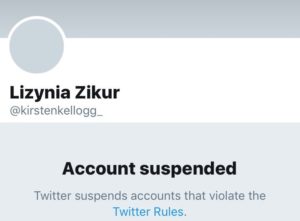 Therefore, twitter banned more than 50000 accounts which were identified to be linked with Russia. For security concerns, they also informed more than 7,00,000 users who interacted with these accounts. Back in November, twitter removed the verification mark (blue tick) from many accounts including white nationalist Spencer’s.

This move of Twitter has received a lot of criticism from many far-right and pro-Trump crowds. Many of these figures had used the social media to spread false information during the elections. Hence, Twitter has been “politically biased against them”.

It is believed that these bot accounts helped the hashtag #releasethememo for release of memo Rep. Devin Nunes.

These users are suspected to be connected to Russia. After the mass shooting at Parkland School, they had been tweeting about the investigation of Mueller and also been amplifying hashtags regarding the gun control debate.

As per Alliance for Securing Democracy, these accounts helped to get hashtags like #twitterpurge and #twitterlockout, trending.