The CMR Mobile Industry Consumer Insight (MICI) carried out the survey around various metro cities of India. The survey brought into light the change of interest among consumers. This shift of interest basically happened in smartphones, i.e. from iPhones to OnePlus and more. Some of the regions where the survey was conducted include New Delhi, Mumbai, Pune, Chennai and Hyderabad. Right from students, to working professionals all the essential sections of the market business we’re observed. As per the survey, people are looking for a smartphone that has ‘extension of their lifestyle’ something that will help them to ‘feel more powerful’. 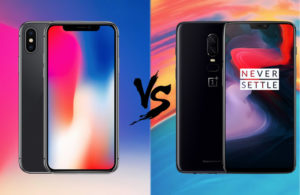 OnePlus vs iPhone: The survey

One of the most essential finding of the survey included the increasing popularity of OnePlus as a smartphone brand. In the past few years, the popularity of OnePlus has taken over that of Apple and Samsung. According to the conducted survey, about 59% people between the age group of 18-32 are interested in One plus rather than Samsung. Thus, this clearly points out that people are looking more for premium brands that can offer the best service to them. The survey also found that about 15% people above the age of 40 are interested in One plus. Therefore it is clear that the brand is influencing the people extremely. Thus, there are chances of it knocking out the other brands from the industry.

Now there is a varied and clear shift of interest for the customers. Most of the Apple users are shifting to OnePlus. Not only this, the OnePlus models have gained priority over Samsung, Vivo and other major smartphone brands of India. Eventually the small number of people are preferring to switch from Apple to OnePlus. Also about 12% of people who own smartphones over Rs 50000 are considering to switch to One plus.

OnePlus vs iPhone: Factors affecting the popularity of phone

As per the MICI survey, there are a list of factors that are driving the switch in the market. These factors should include design, speed gaming speed with experience along with performance that brings up the switch in the market. About 83% of the people who were a part of the survey said that they would change their phone within 1-2 years. Among these, the people are usually looking to gain access over factors such as wireless charging, screen fingerprint sensor, and virtual reality support. Also, some stated that there are continuous technical problems which is why they are considering to change their phones.

The drop in such an interest of people for iPhone may prove to be a major risk for Apple’s market in India. Also, the common reason is introduction of unrequired features which has brought down Apple’s market. However, this has proved to be a gain for Oneplus market.

Tags: One Plus Smartphone SurveyOne Plus vs Appleoneplus vs iphone