Last year, Nokia re-launched everyone’s favourite, Nokia 3310 with improved design and battery life. However, it was a 2g phone which was only limited to certain features. Once again, Nokia is back with the iconic banana phone, Nokia 8110 4G which was launched by HMD Global at the Mobile World Congress, in Barcelona. 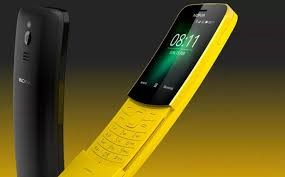 It is an eye-catching phone because of its sleek banana like design. This phone seems like a fruit banana available in its yellow finish. It is also available in traditional black colour. Nokia 8110 was previously released back in 1996 and received huge success because of curved back along with sliding keyboard. It also gained popularity that time because it was featured in the movie “The Matrix”.

The new phone is deigned keeping in mind the look of the previous 8110. The new version of Nokia 8110 has a colour screen and the profile of the phone is slightly slim. It retains the curved back of the previous phone. The Nokia 8110 4G will run on Qualcomm Snapdragon 205. The screen of the phone is bigger compared to the previous screen and the colour “sits flush to the plastic screen”. Compared to the 1996 version, this phone has no antenna protruding. The distinct keyboard cover of the phone is retained. This phone has a spring loaded cover which enables to receive the call when opened and shuts down on being slammed.

The phone has a super-fast connection feature. It also allows the option of Wi-Fi hotspot feature. You can access the App Store and download various apps like Google Assistant, Google Maps, Facebook and Twitter as for now. Although tit is being expected that the company will expand horizons and allow download of other apps too.  The old favourite, Snake game is also retained. 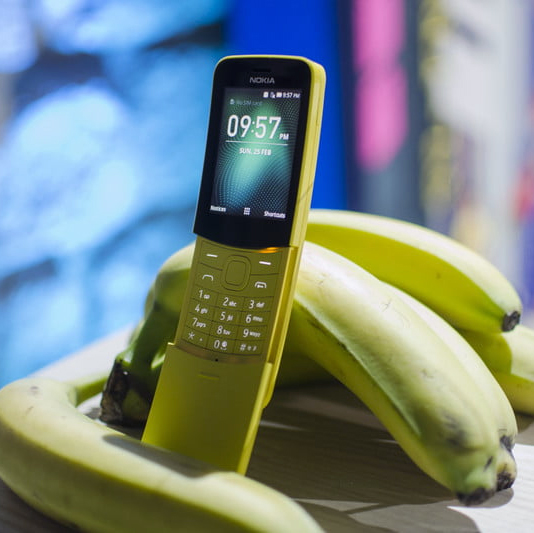 According to HMD Global, the new Nokia 8110 is a fun phone which is perfect for everyone who wish to experience the 4G data speed along with improved browsing facility. A segment is pretty content about the phone which is a major reason for the existence of Nokia 8110 4G.

With the launch of Nokia 8110 4G, the Finnish Company is bringing back the nostalgia factor. HMD Global also received a lot of buzz regarding the improved version of Nokia 3310 at Mobile World Congress in Barcelona, back in February.