The new design of Gmail looks too pretty

Hold your breath as something intuitive is coming your way with Gmail’s new design. An email was sent by Google to its G Suite administrators warning that a fresh, new look of Gmail is soon arriving. As soon as the mail was sent, images regarding the new design were leaked and posted on Android Authority and The Verge.

The web design for Gmail is one of the oldest designs of Google since 2011. Some of the services from Google get redesigned every year or two, but it is only Gmail that hasn’t received any redesign ever since 2011. The team decided to redesign the app with the “fear of screwing it up”. If anything from the system is destroyed, people from Gmail would voice their opinions. The redesign of 2011 for Gmail wasn’t very well. 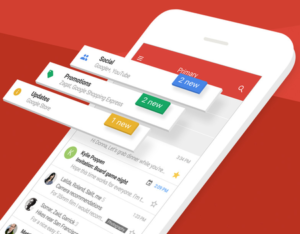 Like the Google Inbox, Gmail will have some new features. The earliest one being “snooze” feature, which will allow to remove email from inbox for some time. It will also have a feature of Smart Replies, which will help to send machine-learning-generated replies that will be sent with one click.

The new update would also see introduction of Gmail add-ons, launched in October last year. It will be available on the right side of screen in form of vertical strip of icons. Apart from the existing Add-ons which are like Trello and Asana the third party services, the redesigned Google will see introduction of new features like Google Keep, Google Tasks Integration as well as Google Calendar.

Gmail would also see new features that will have added calendar information, and it is expected that calendar will be showing the relevant dates and important events automatically. It appears as if Google Keep will be similar to Google Notes, which will update all the necessary information.

With the new redesigned Gmail, the Task feature which always remains in the panel, will get a redesign too. The Android Police also saw some new changes with the new logo. The Google Task feature will be a bit rebundant to Google Keep. It has not communicated to any Google service app, and has no feature for a smartphone app. This will make it tough to use Tasks.

Apart from all the above mentioned changes, there are certain changes too which are somewhat similar to “Material Design 2” in theorized form as noticed in Android P. The font would also change from Arial to Product Sans, which is used in Google and Alphabet logos. UI elements would also be introduced. The compose button will appear in a pink selection for inbox as a pill form.

In the top left corner, the hamburger button will also be available, which will be used to open and close navigation panel similar to Google Inbox. Earlier the logo depicted Gmail, the new one which will show Google.

As said by Google, the new design will be arriving in a few weeks.