IFA 2018: All the Major Launches from the Tech Show

The IFA also known as Internationale Funkausstellung Berlin is an industrial exhibition held in Germany every year. It is one of the most oldest events. This gives an opportunity to the various exhibitors for presenting their new developments or products to the public. Since this event has so much to offer, it has become one of the most popular international events.

It offers a wide range of information along with advertisement messages. The event first began in 1924. The IFA 2018 began in 31st August and will continue till 5th September. The events annually in Berlin during the month of September. Although IFA 2018 isn’t over yet, it has raised some really hot topics for discussion 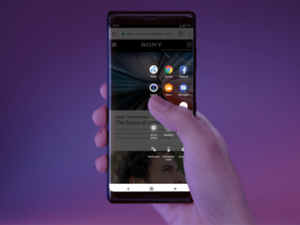 Sony, as usual took to the tradition to launch the H2 flagship. It introduced its Xperia XZ3 which is better than Xperia XZ2 launched in April. Compared to the previous models of Xperia, XZ3 has a curved OLED screen. It also sports QHD+ display. Sony has taken to introduce very new things. It has improved features and function of the P-OLED screen. Although the rear camera has same appearance, the software has been updated. This will help to get better images. It functions in Android 9.0 Pie. Also not only functions, the colors have been introduced as well such as Forest Green and Bordeaux Red.

Not only phone, Sony also introduced the ‘sound-cancelling’ headphone. The Sony WH-1000XM3 functions on cancelling the noises and is better than the previous models. The earcups in the headphones have been designed and comes with C-port which support fast charging features. Several cool features have been added. 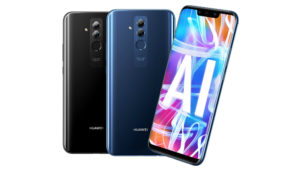 Huawei took the opportunity to introduce it’s Mate 20 Lite. They also announced the next-generation chipset or HiSilicok Kirin 980. It will be built upon the TSMC 7nm node and will be supporting LPDDR4X RAM. It is also expected to have a dual NPU co-processor. The product will have double ISPs along with Cortex-A76 CPU core and Mali-G76 GPU and Cat.21 modem. With the support if 4G LTE data it can allow a download speed of 1.4Gbps.

Other things which were introduced in the show included Alexa speaker named AI Cube, Huawei P20 and P20 Pro in different shades of color. The Pro version has also been introduced in the leather-skin. Also a GPS tracker has been introduced. It is being expected that Huawei’s Mate 20 seire and Kirin 980 will be launched in October 16th at London. 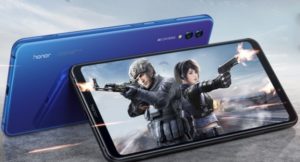 The expectations were that Honor would launch it’s favorite Honor Note 10 and Honor Play. But only Honor Note 10 was introduced at the event. Nonetheless, Honor did give a view about the Honor Magic successor. Honor Magic was released in the market 2 years ago.

The phone is loaded with pictures and will have slide-out cameras. It will have fast charging and the display would be bezel-less. Although the images provided for the phone seemed to be brand new, it is being expected that the phone would be launched by December.

HTC did not lag in the market. It took the opportunity to introduce it’s U12 Life. The phone has a dual black finish which looks very similar to Pixel. 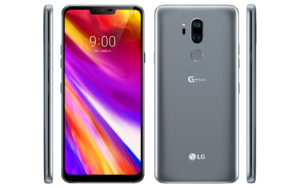 Well, LG stood the one to be surprising everybody. They took the opportunity to introduce G7 One and G7 Fit. Both these models were unexpected. They resemble LG G7 ThinQ but are actually very different from it

G7 One runs in Android One with Snapdragon 835. For the first time this model will be sporing SoC. Compared to the original G7, the price of G7 One is much lower thereby appealing to the audience.

G7 Fit will be spotting Snapdragon 821 and will have the screen similar to G7 ThinQ.

Blackberry is back in the market and have introduced the affordable version of Key2, Key2 LTE. The company has brought down the actual chipset but did not disappoint it’s users. Nonetheless, this phone is one very effective phones to have.

The phone is priced at $399 for the 4GB/32GB configuration while that of 64GB is priced at $449. The phone features an atomic colour, very much different from the traditional, silver or black. 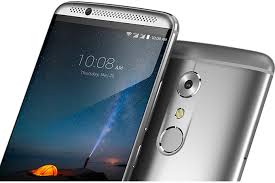 ZTE’s Axon 9 Pro was something to look out for. The phone supports a 4000mAh battery. Most of the Chinese phones have heavy-skinned ROMs. The phone is priced at €659. It sports a top-notch with Snapdragon 845. It will support an AMOLED screen with the 1080 X 2248 pixel. The phone may initially be launched in Germany and then spread to other European countries followed by Asia.

Since a number of big names of the tech industry missed out on the event, it wasn’t quite an interesting one. But other tech-giants did offer us a lot which helped us survive.