We have often heard jokes on women driving in the wrong direction, or women being bad drivers. The driving skills of women have often been criticized. But guess what? Times are changing. As per the 2017 statistics of Delhi Police, women are better drivers than men. Women often get to hear jokes on their driving skills and if someone turns out to be good, the word “exception” is used for them. Guess, the women have just topped the list and has broken the ‘general’ observation of being poor drivers as per the statistics.

The statistics of Delhi police showed that not one female driver was charged with any penalty for breaking the driving laws last year. As far as 2018 is concerned, only one woman has been penalised till date for committing the offence. 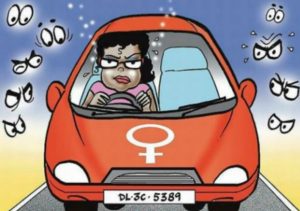 You may be thinking the women must have committed driving offences apart from the ‘drink and drive’ violation. They have, but the number is pretty less compared to that of men. The number of fines and challans issued for men in 2017 was 26 lakh whereas for women the number of challans issued were only a mere number of 600. The violations for which the people were booked included speeding and breaking signals.

As far as 2017 is concerned, 167,867 people were penalised for breaking signals only 44 of them were women. The police also booked 139,471 for rash driving and speeding, of which only 514 were women. Huge difference, right?

As per the statement of a police officer published in a national daily, “While analysing trends, we found women, in general, are more careful while taking turns or at intersections where the maximum number of accidents takes place. This sort of road behaviour not only means women figure very low in the number of violations, but is also an example for all drivers” 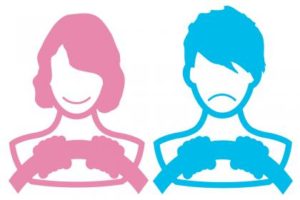 The report further added that out of people booked for the charge of accidents, only 2 percent of them were women. The study said that speeding was a major crime on the roads, but the women are often found to be driving within the speed limits.

As far as the other traffic offences are concerned, the women appear in very negligible group, ranging in about 10 percent of all accidental facilities. The Delhi Police further explains the reason to be the lesser ration of female drivers compared to that of the male drivers. The ratio stands of 1 women female driver for every 71 male driver. About 11 percent of RTO registered cars or vehicles are owned by female drivers or women.

As per a study published in The Times of India, only 2 percent of women are involved in rash driving. The study also further added that women drive within speed limits and are more careful at turns and intersections. The Joint Commissioner of Traffic, Garima Bhatnagar further added “women are more careful than men while driving”.

So ladies if the next time anyone cracks any sexist jokes, you can definitely show them these statistics.