Back in the year 2013, Indian parliamentary carried out investigation based on the allegations of bribery and corruption regarding various senior officers and a helicopter manufacturer, AgustaWestland. The claim stated that these people had bought 12 luxurious helicopters.

These people were involved in international corruption and were involved into bribery contract exchanged between India and them. This scandal was referred as Chopper scam or Choppergate by media and other popular press. Among the accused were Giuseppe Orsi and Bruno Spagnolini. These two were said to bribe the officials for signing the contract. 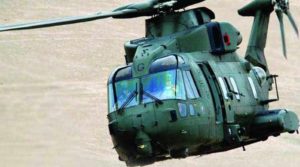 The two people accused of being involved in the corruption were the bosses of AugustaWestland. Back on Monday, Orsi was acquitted by Italian court against the charges of bribing and exchanging Rs 3600 crore. It was stated that these people had sold 12 luxurious AgustaWestland VVIP chopper to the Indian government.

The second accused, Bruno Spagnolini’s appeal for acquitting was filed by Milan’s third court. According to the reports by an Italian Agency ANSA, these two officials of AgustaWestland were handed over to prison for a term of four years.

Orsi was arrested back in the year 204 and was made to resign as the chief executive of Finmeccanica (later on renamed as Leonardo). He was said to be the main person who struck the deal and was involved in the case of bribing.

In their first trial during 2014, they were cleared of all their charges of being involved in the international corruption. But unfortunately, they could not clear themselves of false invoicing and were sent to jail for a term of two years. Criminal offences in Italy are not completely considered until strong appeals are made against them.

Both Orsi and Spagnolini asked for conviction, however their appeal was turned down. The prosecution demanded for their acquittal. In the year 2016, the Supreme Court of cassation stated that their appeals trial must be repeated.

In 2010, Indian Government entered a deal from which they acquired 12 three engine AW-101 helicopters. AgustaWestland was supposed to supply these choppers for VVIP use.

After the arrest of Orsi and Spagnolini, Indian Defence ministry also ordered for a CBI investigation. This was done to kickback the charges of tuning Rs 362 crore.

Corruption charges were also put on Finmeccanica and its group companies for participating in the programmes of Indian Ministry by the Indian Government. CBI, arrested IAF Chief S P Tyagi and nine others for being involved in this corrupt activity. Last year in September, all these officials were presented in a Delhi Court.

Charge sheets were filed against them under Prevention of Corruption Act and the IPC for being involved in a bribery of RS 450 crore.

The CBI further went on to add that there was a loss of 398.21 million Euros (approximately Rs 2666 crore) in the exchequer deal which was signed on February 8, 2010. The deal stated that 12 VVIP choppers would be supplied to the Indian Government which had the worth of 556.63 million Euros.