The Union Budget was the presented on Thursday by Union Finance Minister Arun Jaitley. This is the last budget before the General Elections of 2019. This budget is also the first after the revolutionary Goods and Services Tax (GST), dynamic fuel pricing, mega PSU bank recapitalisation and many more.

The Union Budget 2018 is the fifth budget presented by Jaitley and last under the NDA government. Railway Budget was also included in this budget separately. It was decided that the railway budget would be presented under the joint annual budget in 2017.

The Chief Economic Adviser Arvind Subramanian made the Economic Survey 2017-18 and the budget session started off in January 29 in Lok Sabha. As per the survey, the economic condition of India would grow after the downfall in 2017. The expected growth in GDP of India is supposed to be 7-7.5%.

From the year 2014-15 to 2017-18, the average growth in GDP of India was 7.3%.It was also found out that there was a widening in the tax for the year 2017. The increase in the number of taxpayers was also observed after implying GST and also due to the occurrence of demonetisation.

The budget was introduced in various sectors with improvements. Some of the improvements are as follows:

The revenue of GST Will be collected for a time period of 11 months. This would in turn have an impact on the balance sheet. It is expected that approx. Rs 21.57 lakh will be transferred in the form of net GST. The aim of the government is to achieve fiscal deficit target of 3.3% GDP. However, the revised fiscal deficit would be 3.5 per cent GDP. The amount is supposed to be Rs 5.95 lakh. 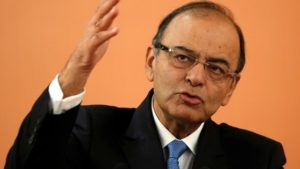 Jaitley had made assurance that the government is making plans to increase the income of farmers and also aim at increasing the production of land parcels. The minimum support price (MSP) would be increased 1.5 times of the cost of production for Kharif crops. If the market price is lower than that of MSP, government would make sure that they get paid right.

The Food Processing Ministry has also doubled the allocation. Operation Green is implemented to help the producers to form producer organisation, logistics, warehouse, etc. Rs 500 crore has been allocated for it. To meet the agricultural needs, the agri commodity’s export has liberalised for $100 billion. 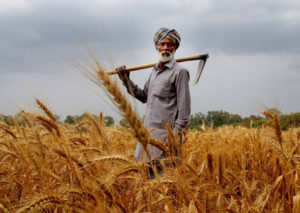 Government aims at encouraging the fair treatment for taxes to farmers to encourage the farmer’s producer’s organisation. Pure agricultural products would also be available in the market. JAitley has announced around Rs 11 lakh crore for the farming sectore. He has also announced that there would be development in the management of crop residue.

To ensure the social protection and security, about 8 crore poor women would receive gas connections. About Rs 16000 crore was collected by PM Saubhagya Yojana for providing 4 crore houses with free electricity.

Also, government aims at making 2 crore toilets under Swachh Bharat mission. By 2022, it is also expected that 51 affordable housing complexes would be made under the PM Awas Yojana in rural areas and 50 lakh in urban areas. 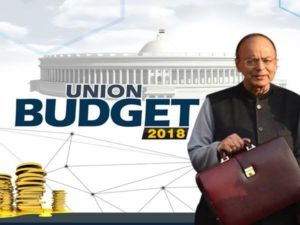 It is expected that the comprehensive social security program of National social program is also expected to be over Rs 9000 crore. They said that the government would treat the education from kindergarten till XII without any segmentation. The budget is aimed at moving the education system away from blackboard to that of digital board. It will feature education with digital technology and e-education.

By 2022, more than 20000 tribal groups, more than 50% of them will have Eklavya schools for Scheduled tribes. More than 10 crore people will receive about Rs 5 lakh health coverage for hospitalisation per year. An allocation has been made of RS 600 crore for patients suffering from tuberculosis.

Schools of Planning and Infrastructure would be made for Government purposes. The students studying B. Tech would be given an opportunity to do research in IITs and Indian Institute of Science to drive off the brain drain issue. Few selected students will be given the chance to teach of higher education in rural areas. Jan Dhan Yojana aims at bringing back 60 crore. The lending target of Mudra Yojana has been set to 3 lakh crore.

Jaitley has also introduced new schemes for B.Ed teachers to improve the teaching quality. Social security and protection of widows will also be provided by the government. Orphaned children would also be given funds for social security.

For upgrading and revitalizing education sector, 1 lakh crore has been allocated. Jaitley encourages the outcomes based on learning and research. Under the Aayushman Bharat programme, government has set up around 1.5 lakh centres which has allocated about Rs 1200 crore for providing health facilities.

Jaitley has also aimed to set up one medical college in every three parliamentary constituency. The PM Jivan Bima is expected to provide benefit to 5.22 crore families. The Jan Dhan Yoajan aims at bringing 16 crore accounts under micro insurance and pension scheme.

Also more than Sukanya Samriddhi Scheme will be opening around 1.26 crore bank accounts. In the proposed budget,

Rs 52719 crore has been allocated for the inclusion of scheduled castes.

A capital support of Rs 3794 has been allocated for the industry subsidy by 2022 for the MSME sector. A target of 3 lakh crore has been set under the Mudra Yojna. Although an amount of Rs 4.6 lakh crore has been sanctioned under Mudra Yojana. The excise duty on fuel was reduced. For diesel it was cut down by Rs 2 to Rs 6.33, whereas for petrol it was the top of Rs 4.48 per litre.

The expenditure of railways is set up to Rs 148528 crore. Railway universities will be set up in Vadodara. To reduce time delay, 4267 railways crossings will be cut down. Big stations would have escalators. All the trains would have CCTV and Wi-Fi to ensure the connectivity on the go feature.

Mumbai rail network has been allocated a sum of Rs 11000 crore whereas that of Bengaluru metro has received Rs 17000 crore. 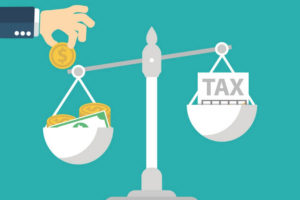 The salary class would see no change in their taxation. Jaitley mentioned in his speech that the direct taxes for 2018-19 session had gone up by 12.6% whereas that of 2017-18 was 18.7% in the indirect tax growth. The number of taxpayers have also increased in the list.

The liberalisation of presumptive income schemes were made for small business that have an earning below Rs 2 crore. Similar was that for below Rs 50 lakh.

There has been a reduction of tax for up to 25-30% with companies that have a turnover of Rs 250 crore. This was done to boost up the MSME sector. The monthly incomes for high officials have also been revised. The President would receive RS 5 lakh, the vice president Rs 4 lakh and the governors would receive RS 3.5 lakhs.

For senior citizens also there has been a proposed change. On bank deposits the senior citizens the exemption has been raised to Rs 50000. If there are income from over bank deposits they would be exempted RS 10000. Jaitley also explained the loss of Rs 8000 crore as revenue due to deduction for salaried employees. Since the turnover of corporate sectors did not exceed Rs 250 crore, Rs 7000 crore was lost. Rs, 19000 crore was lost as revenue owing to direct taxes.

In the speech, Jaitley mentioned about the need of Rs 50 lakh crore for the improvement of infrastructure sector. He also said a construction for a new tunnel would soon be initiated at the Sera Pass which will act as a promotion tourism. More than 10 prominent tourist spots would be upgraded to make them iconic tourist spots.

The Bharatmala project was also announced. This highway would connect the eastern and western parts of India with a stretch of 35000 km highway.

Customs duty were implied on mobile phones and the prices of TV were hiked to strengthen the Make in India. A 10 percent social welfare surcharge was also proposed by the government.

A contribution of 12 per cent would be made on the budget of the new employees under the EPF scheme for the next 3 years. However, the contribution for women employees was made 8 per cent.

As reported by PTI, the overall defence budget for 2018 will be Rs 2.95 lakh crore. Last year it was 2.74 lakh crore. Jaitley also mentioned about the special emphasis on modernising and enhancing of operational capabilities of armed forces.  He also mentioned that the manufacturing for defence sector will be boosted. This will help to keep the balance between the foreign equipment which are required for immediate use and the Make in India initiative in the defence sector.

Jaitley said that the government would should take measures for the installation of two industries that would produce products for defence. A new defence production policy would be introduced in 2018 by the government which will be industry friendly. This will uplift both public and private sectors along with MSMEs.

To initiate the Digital India scheme, a sum of Rs 3073 crore has been allocated. Every 5 crore rural citizens would receive the privilege of WiFi hotspots with installation of about 5 lakh WiFi hotspots. Cryptocurrencies would not be legalised and Blockchain technology would be explored.

The subsidy for food has increased from 1.4 lakh crore to that of 1.69 lakh crore. About Rs 150 crore was moved aside to honour the 150th birth anniversary of Mahatma Gandhi. Based on index of inflation, the emoluments of MPs might be increased.

Government aims at encouraging the protected environment for VCs and angel investors. The large corporations would require to meet at least the quarter of their debt from the various bond markets. This was made mandatory by SBEI.

The target of disinvestment for FY2019 has been aimed to be RS 80000 crore. However, that for the current fiscals are set to Rs 1 lakh crore. Unique IDs for various companies would also be made by the government. According to the proposal, The National Insurance Co, Oriental Insurance Co and United Assurance Co will all be coalesced into one body.

According to the new budget, the airport’s capacity may be expanded by five times. They also aim at increasing the count of trips to 1 billion per year. An amount of RS 60 has been set aside for the initial investment on this project. Based on the UDAN scheme almost 64 domestic airports will be connected in the country. This will help to cut down the rates and uplift the low cost flying.