UN Health Agencies Aim At Driving Away the Trans-Fat Food

The World Health Organisation released a schedule to assist the countries in driving out the trans-fat foods. The plans aims at removing the trans-fat foods from the global market within the next 5 years. In the past, UN attempted to remove the infectious diseases, however now it aims at getting away with the trans-fat foods associated with serious illness. 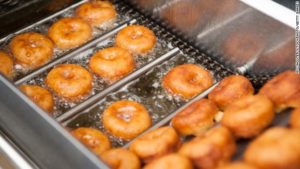 On Monday, the UN health agencies in a statement said that removing the trans-fat foods will help to prevent deaths all over the world. According to the estimations of WHO, every year more than 500,000 people die from heart diseases because of consuming trans-fats found in baked and processed foods. Later on Monday, the Director-General of WHO Tedros Adhanom Ghebreyesus was to talk about the issue at the news conference.

The officials aim at removing in 5 years because the process in going well in many countries. This was done by Denmark 15 years earlier and since then United States and more other high income 40 countries have been working to remove the heart-blocking additives from their supplies of foods.

Dr. Franseco Branca, the director of WHO’s Department of Nutrition for Health and Department also said that WHO has been aims to push the low income and middle income countries to do the same.

Artificial trans-fats are unhealthy substances which are formed when hydrogen is mixed with vegetable oil to obtain it as a solid, somewhat like margining or shortening. Health experts say that canola oil and other products can be helpful substitutes. The meats and dairy products have so many naturally occurring Trans-fats. As per the suggestions of WHO, not more than 1% of the calories of a person is obtained from trans-fats. Branca added, “Trans fats are a harmful compound that can be removed easily without major cost and without any impact on the quality of the foods.”

Experts added that countries may need to make regulations and rules to prevent the food makers from using trans-fats foods.

The former director of UD Centre for Disease Control and Prevention, Dr Tom Frieden said the move was unprecedented. He had earlier worked with the WHO officials for the call to action and said, “Trans-fat is an unnecessary toxic chemical that kills, and there’s no reason people around the world should continue to be exposed.” Frieden added, “The world is now setting its sights on today’s leading killers — particularly heart disease, which kills more people than any other cause in almost every country”. He presides over the New York based project called Resolve to Save Lives.

Trans-fat foods in the US 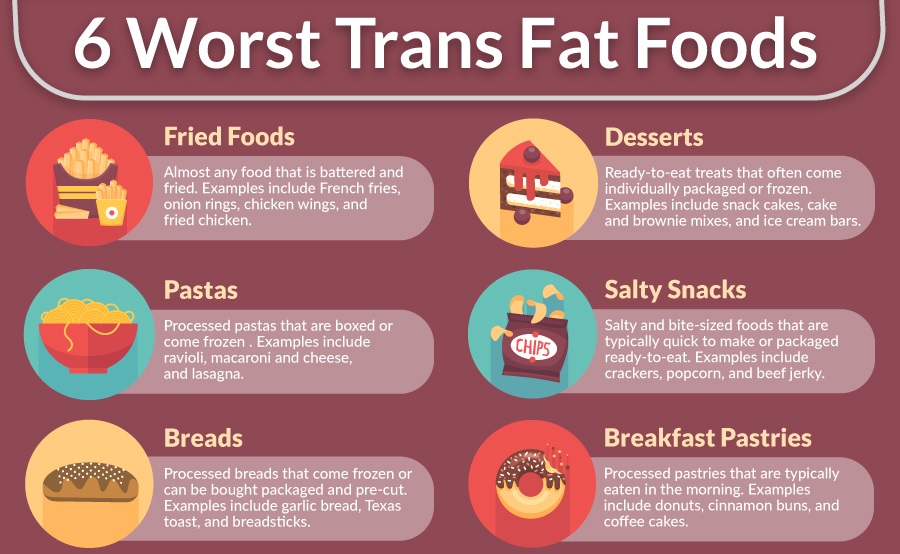 The first trans-fat food which entered the US market was Crisco shortening in the year 1911. Since the year 1950s, the popularity of the trans-fat foods started increasing. This happened because the experts considered these foods to be healthier compared to butter and lard. These artificial trans-fat foods were also much appreciated by the food makers since they had a longer shelf life. These were being used in cookies, deep-fried foods and doughnuts.

The studies as trans-fats being unhealthy

As time advanced, the studies started revealing that these trans-fat foods damage the cholesterol level of blood. This in turn increased the risk of heart diseases. Health experts then said that the trans-fat within the body is very harmful.

The New York City of US had banned serving trans-fat foods ever since 2006. In the same year, the FDA also made up a list that their manufacturers must make a list of the trans-fat content in the food information on their levels.

Many manufacturers got back. Later on the studies found that the level of fats within middle-aged US adults went down by 60 percent in the end of the decade.

In 2015, FDA started taking up smaller steps to ensure that trans-fat foods were removed from the market. It asked the manufacturers from selling foods containing trans-fats. The FDA has given the deadline by June 18, 2018. However, nothing has been said regarding the progress by the FDA officials. They have also not informed what rules will be imposed against the food makers that don’t agree to the rule.

The Policy Director of Washington DC based advocacy group, Center for Science in the Public Interest, Laura MacCleery added, “The removal of trans fats from the food supply as an additive counts as one of the major public health victories of the last decade.”