Ever since the trailer to sequel of “Ek Tha Tiger” was announced the bus was really big. 2013’s “Ek Tha Tiger” sequel “Tiger Zinda Hai” was released back in 31st May 2017. The buzz was created was too high and people’s reaction was quite appreciating. Fans were really going Gaga over the trailer, since the trailers they were extremely waiting for the movie. 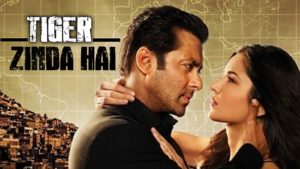 The hashtag #TigerZindaHai has been training ever since its release. The movie starring Katrina Kaif and Salman Khan hit the theatres on 22 December 2017. Tiger Zinda Hai was directed by Ali Abbas Zafar and produced by Yash Raj Films. This movie show a massive release worldwide. Overall, in domestic and international market it was released in total of 5700 screens. 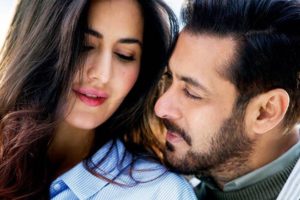 As per the reviews are concerned, the film till date has received a lot of mix reviews it has received an IMDb rating of 7.2/ 10. Some call it a great blockbuster, whereas some call it to be a super flop movie without any logic. You won’t be able to decide which is true.

Even the critics’ reviews about the movie are pretty confusing. Some have rated it to be a 4/5 whereas some say it is just 2.5/5. Lasapriya Sundaram of Times of India says’ “A lot of sequences defy logic, but at the same time, there are many moments that will leave Salman Khan and action film fans impressed.” Times of India has given the movie 3.5/5.

Everything today has a social media presence and twitter overthrows all. If you want to know about something. You can completely rely upon Twitter for it. Therefore, twitter came up with hilarious reaction after its release. Some took to twitter to express their amazement about the movie.

Some took to it, just to troll about it. Not to forget, memes, the favourite thing of 2017 made their ways too. Several memes regarding the logic about the movie came up.

Apart from the ratings and mixed reviews, the movie still is doing a great business. Definitely, this movie is doing “Swag se Swagat” of 2018.