The Russian and Iranian alliances backed the Syrian government to help it gain back its lost territory, Damascus. However, the bombardments in this area led to the death of more than 200 civilians. This is one of the worst bombardments to ever happen in Syria. It happened because the allied militaries fought separately with the Turkish troops in the course of war. Most of the people who died were children, as reported by the aid workers on Tuesday.

Syrian officials said that they would “wipe out”, the rebels from the suburbs of eastern Ghouta. This bombardment has been reported to be the “deadliest” in the previous three years.

Ever since the bombardment happened, people have been taking the help of social media to share the heart wrenching images of the incident. The images were of a family of five children with their parents who were pulled out from a rubble as dead. The images also showed several families stuck in the basements of buildings and dugout shelters. Another image showed an ambulance loading the patients just a few moments before the explosion. 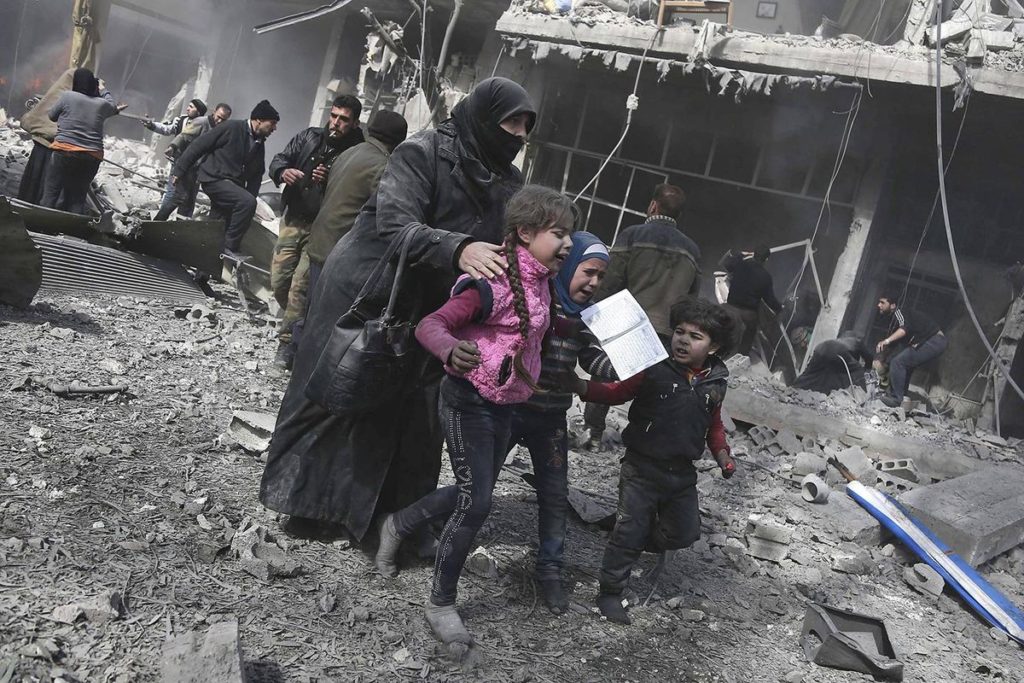 Within few weeks, the tension and violence between Russian and Syrian government has increased. This led Turkey to interfere into the matter.

According to Syrian Observatory for Human rights, Britain based war monitoring group, the bombardments of Monday was the deadliest in three years of time. As per the estimates of United Nations, there were approx. 400,000 people residing in eastern Ghouta.

This suburb has been one of the centres of fighting of the Assad government. A number of rebels reside in this area have bombarded the Damascus area, whereas these bombardments have increased within weeks.

More than five medical hospitals were damaged by the attacks which led to the death of one medical worker, as reported by the doctors who worked in the hospital. The Syrian American Medical Society supported this hospital.

Panos Moumtzis, the UN regional humanitarian coordinator for Syria crisis in a statement said, “Such targeting of innocent civilians and infrastructure must stop now.” The Syrian and the Russian government had surged for a campaign to clear the area in which the rebels resided. This area was “a cluster of working class suburbs and farms that has been besieged for years”.

The leader of government of Tiger Force, General Suheil al-Hassan in a video said about the major battles. This video which was shared by the pro-government social media accounts, showed Hassan talking of attacking the rebels without any mercy.

The residents that these events were very similar to the earlier war tactics used by the Syrian government in their battles. It was a complete attack on the civilians and was designated as if to force people to surrender.

The government also said that there may be few captives in the eastern Ghouta area. These captives are used as human shields by the rebels in this region.

Tareq al-Dimashqi, a resident of this are said in an interview, “We are still alive, we can’t walk outside the house, even a few meters. We might die any moment — you don’t know where the rockets might come from and end our lives.” He lives with his wife and 5 month old baby. His statement only depicts the horror and terror of the people of this area. He further referred to his daughter, Loulou and said that she is their only child, yet it is impossible find food for her, because of the harsh situations of the country.

He further said, “We have no other choice except resisting until the last moment,” he said. “Death and life became equal to me.”

Other people residing in this area, also talked of the terror. Shadi Jad, father of a 3 week old said that infant was not exposed to the sun for 48 hours due to the dangerous conditions of the country.

“We have a small window in our shelter. I bring him close to the window just for seconds, to get some warmth from the sunlight.”

Wassim Khatib, another resident said in a video chat that all the trials to remove the rebels have failed. He looked too tired and pale during the video chat.

“Civilians were never allowed to leave. If the regime wanted the civilians to be evacuated, they could have announced that or at least dropped leaflets.” 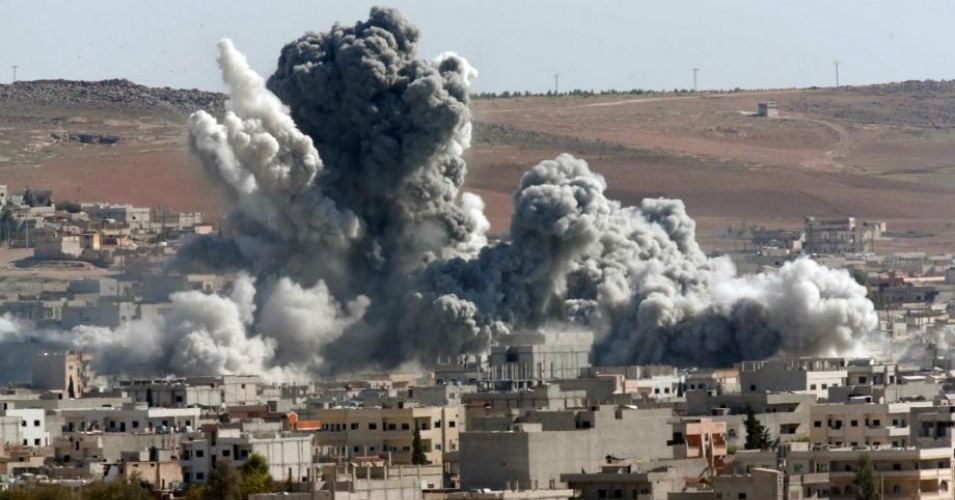 Till last year, people and goods could easily enter and exit the area through the tunnel. The only problem was of the smuggling rate being too high. Therefore, the movement around this area had become almost impossible because the government forces took over it. According to the residents, only government officials were allowed to move in and out of the area.

However, the news of bombing was claimed to be fake by all the pro-government media.

No forces of the Syrian government were involved in assaulting Afrin in north western Syria. This attack was however initiated by the interference of the advancing Turkish army. Their advancement was halted by the military forces.