As the sweet season of summer approaches, you may definitely want to eat some tasty dishes. But well, barbequed meats can be dangerous for your health as they increase the blood pressure, suggested by a new study. One of the assessments produced by the researchers of the American Heart Association showed that food cooked in high temperatures are likely to increase the risk of high blood pressure. 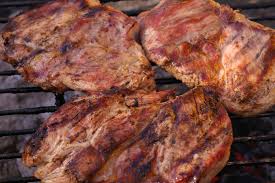 The research further stated that people who ate red meat regularly a week were likely to develop risk of hypertension. The people who roasted, boiled or grilled the meat before eating for about 15 times a month were at a 17% higher risk of developing the disease, compared to those who did the process only four times a month.

Gang Liu in a statement said, “The chemicals produced by cooking meats at high temperatures induce oxidative stress, inflammation and insulin resistance in animal studies, and these pathways may also lead to an elevated risk of developing high blood pressure.”

However, the stress, inflammation and resistance to insulin may affect your blood vessels’ inner lining. This may cause atherosclerosis, thinning the arteries and leading to cardiovascular damage.

“Our findings suggest that it may help reduce the risk of high blood pressure, if you don’t eat these foods cooked well done and avoid the use of open-flame and/or high-temperature cooking methods, including grilling/barbequing and broiling.”