A shock that has left people mourning: The death of Dr. Haathi

It seems like the year is to bring in the much sad news. First, we lost Sridevi and the international DJ, Avicii and now, its Dr. Haathi. An actor who has made us laugh with his funny jokes, Kavi Kumar Azaad aka Dr. Hansraj Haathi is no more among us. Moreover, Tarak Mehta Ka Oolta Chashma will not feel the same anymore. The void created by Dr. Haathi will always be there, and it is a loss all of us will be regretting for a long time.

He passed away on Monday afternoon because of a severe cardiac arrest. The last rituals of the actor took place on Tuesday. He had been feeling unwell since Monday and immediately he was moved to Wockhardt Hospital. However, doctors pronounced his death, and the nation received a shock. 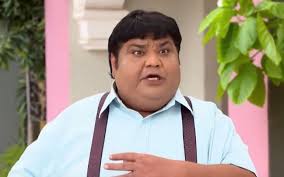 Dr Haathi Passes Away: The grief of co-actors

Asit Kumar Modi expressed his grievance and, in a statement, said, “We are very sad to inform loss of our senior actor Kavi Kumar Azaad. He was playing the character of Dr. Hathi in Taarak Mehta Ka Oolta Chashma. We lost him to a massive cardiac arrest today morning. He was an amazing actor and a very positive person. He truly Loved the show and always came for the shoot even if he was not feeling well. He called today morning that he is not well and will not be able to come for the shoot. Moreover, later we got the news that he passed away. We are all too numb to say anything.”

Though he had been unwell for quite some time, he never missed out to report for the shoot. Mr. Modi said, “He spoke to Asit on the phone that he won’t be coming for the shoot today as he was unwell. He has been unwell for the last few days but still reporting for work.” 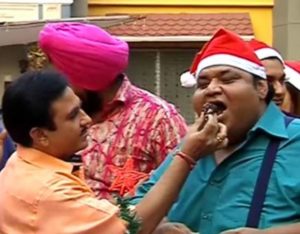 Samay Shah, the actor who plays Gogi in the serial too, expressed his grief and said, “He always motivated me to work hard. He also has an eating Jain food in Kusum Rolls’ menu.” Talking about his illness during the shootings, Samay also added, “His death news came as a shock to all of us. It happened suddenly. He used to be unwell on the sets sometimes. He used to be down with fever and weakness. However, he never let the show’s shooting get affected. He used to shoot his first part.”

Kavi Kumar was an important part of the show. He was famous not only in the TV industry but had also been a part of Bollywood movies like Funtoosh and Mela. He had replaced actor Nirmal Soni as the role of Dr. Haathi. Kavi Kumar Azaad, however, has been playing the role of Dr. Haathi for about eight years now. Tarak Mehta Ka Ooltah Chashma even holds a record for the highest number of aired episodes. After the sudden and sad demise of Kavi Kumar Azaad, the shoot for Tarak Mehta ka Ooltah Chashma has also been called off.

Nevertheless, Kavi Kumar will always have his name engraved on our memory as Dr. Haathi. May his soul Rest In Peace.