A special election for the Senate of United states in Alabama was held on 12 December, 2017 to fill up the vacant space in the senate that will ending on January 3, 2021. These elections were a result of the resignation on Jeff Sessions in 8 February, 2017 to serve as U.S Attorney General. However, the candidates for the Senate seat election were Doug Jones representative of Democrats and Roy Moore representative of Republicans. Jones beat Roy Moore by a fine line of about 2% of votes. Ever since 1992, Jones is the first Democrat to take over the seat.

Before the elections took place, Luther Strange, the Attorney General of Alabama, was announced to take over the office. However, the candidates who won among their respective groups to contest the elections were Moore and Jones.

There were a number of personalities who were considered to be potential candidates for this position. Even the respected President came to declare his personal choice for the candidate. The President, Donald Trump nominated Robert Aderholt, a member of State House of Representatives for the election. Mo Brooks, one of the representatives had also expressed his desire to be appointed. Prior to Governor Robert J Bentley’s recommendation OF Luther Strange being appointed, Strange had also expressed his desire to contest the elections. Apart from these figures, other people whom Bentley found to be potential for the position for the Senate Seat election were Roy Moore, former Chief Justice for the Supreme Court of Alabama, Del Marsh, President pro Tem of Alabama Senate and Jim Byard, the director of Alabama Department of Economic and Community Affairs.

Luther Strange saw no chances of losing the representation because he was backed by US President, Donald Trump. But his greatest rivals were Mo Brooks and Roy Moore. However, in the first stage Roy Moore secured the first place while Strange secured the second. Trump continued to endorse Strange, while many of his close officials broke off with him in this matter and went forward to support Moore. Despite being backed by Trump, Strange lost it to Moore.

Controversies buzzed off around Moore, when a number of women claimed molestation against Roy Moore. The Washington post had published about this report of sexual assault claimed by four women on November 9. They claimed that Moore had sexually assaulted them when he was in his early thirties and they were in their teen years. Surrounding these controversies, Moore’s representation had to be called off. But since it was too late to withdraw, his name didn’t get cancelled. Moore refused to debate with Jones and also refused to have a number of debates because according to him, his policies were clear to the audience, therefore there was no need of debate.

Both, Jones and Moore were backed by a number of leaders. But it was Jones who won the Alabama Special Seat elections. 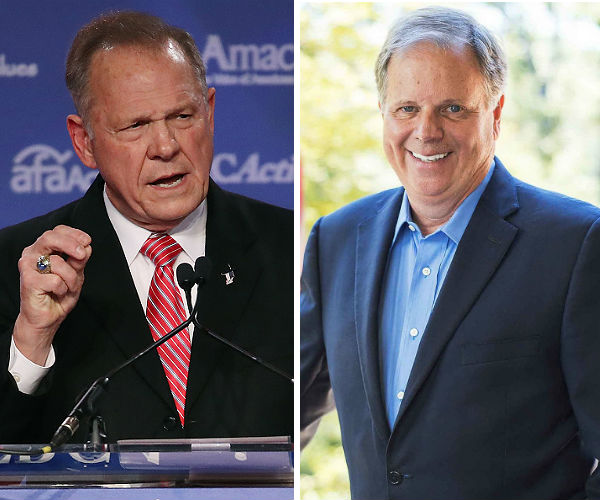