Ramadan 2018: Things you should know

The holy and pious month of Ramadan is all set to begin from Thursday, 17th May this year. This will mark the period when four million Muslims around the globe will observe fasting and focus on their religious views. So, we bring to you what is the significance of this month for Muslims, the fasting ritual and why the date varies every year. 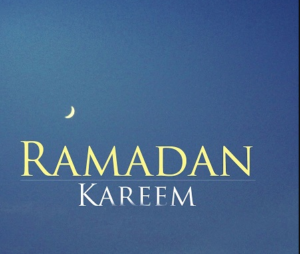 Islam consists of five pillars, Ramadan is one of them. This month marks the first time when teachings from Quran were first disclosed to the Prophet Muhammed. Several Muslim families fast during this period from sunrise to sunset. During this time, they give up water, smoking, food and all the sexual activities in the day time.

In the month of Ramadan, Muslims have one meal prior to sunrise and fast throughout the day. This they call suhoor. However, in the evening the whole family gathers to eat together and it is called Iftar.

Why do the Muslim people fast?

Ramadan is the month during which Muslims focus on praying and reciting the Quran. They follow generosity and give foods for good cause and have a healthy environment.

During this month, they follow the path of generosity, self-restraint and patience. It is believed that this brings them closer to Allah. After reaching the age of puberty every Muslim should fast during the pious month of Ramzan. Some are taught to fast when they attain the age of 12 or 14. Although in some families, they teach their child to fast from the age of 10 only.

People suffering from illness or elderly people can not fast too. People suffering from mental disorders may as well not fast. If a person is traveling he is also liable of not fasting. However, women who are pregnant, breastfeeding or menstruating shouldn’t fast either.

People who are capable of fasting but have been unable to fast can complete their fast in the later dates. The reasons may vary such as being ill or travelling long distances.

Ramadan begins on the Thursday evening of 17th May, 2018. It will extend till 14th of June, Thursday evening. The Muslim Council of Britain added that the view of the new moon would simply determine the date of Ramzan.

Why is the date different every year?

According to the Islamic calendar, Ramadan is the ninth month. It is made according to a lunar calendar when every month begins with the new moon. Being shorter than the solar months, the days of the lunar months doesn’t collide with that of the normal calendar. It is not similar to the calendar followed in the West, the Gregorian Calendar.

This clearly determines that Ramadan’s date will vary each year. Therefore, each year Ramadan will begin 11 days prior each year. Even the starting date of Ramadan is different in different countries. It depends on which day the new moon is viewed on which in place.

Apart from Saudi Arabia, the other Muslim countries that would be observing Radam from 17th May include Indonesia, Bahrain, Lebanon, Jordan and Iraq. In fact other countries too like South Korea, Japan and Singapore stated that Ramadan will begin from 17th May, Thursday. Petra news added that Jordan will observe Ramadan from 17th May.

As per the government owned RTM, Malaysia would also be observing Ramadan from Thursday 17th May, 2018. In Malaysia, the declaration was made by the Keeper of the Rulers’ Seal, Datul Seri Syed Danial Syed Ahmed as per the statements of New Straits Times.Syed Danial added that the date of the beginning of this fasting month around the nation was finalised on the consent of the decree obtained by the Yang di-Pertuan Agong.

Similar declarations of Ramadan being on 2018 were made by the The Australian Muslim Council of Imams. In their circular the Council added, “following extensive consultations with nationwide Islamic leaders and imams from the Australian National Imams Council Executive Committee and their representatives from all Australian states, the first night of the holy month of Ramadan and Taraweeh prayer will be on Wednesday the 16th of May after Maghreb (sunset)”.

Problems in finalising the date

According to various sources, while Saudi Arabia was waiting for the official announcement, it was really tough to spot the moon on 15th of May, Tuesday. Al Arabiya also came forward to add that the famous moon spotter of Saudi Arabia said it was tough to locate the crescent moon of Ramadan. They were having tough times in spotting the moon due to the weather conditions.

On Tuesday, a committee for sighting the moon was made. This decision was taken up after the Maghrib prayers as by the Abu Dhabi Judiciary Department.

What is Eid al-Fitr?

Eid al-Fitr is also called the “festival of the breaking of fat”. Every year, Eid al-Fitr marks the ending of Ramadan. Muslim families gather around each other happily and celebrate eid. They wish each other as Eid Mubarak. They visit their friends and families, have a gala time and also pray together.

Eid usually lasts for a time period of 3 days. Muslim families also donate money as charity and share their happiness with others.

This holy month of Ramadan is already here. May it bring peace and happiness into everyone’s life. We wish everyone a Happy and Peaceful Ramadan.