The PNB scam of fraudulent $1.8 billion transaction is one of the biggest scam of Indian corporate history. It happened at Mumbai branch and Nirav Modi, the diamond merchant along with his partner Mehul Choksi are alleged of the case.

Shares and stock market of PNB

The frauds had detected that the shares of Punjab National Bank (PNB) had plunged by 10%. On NSE, the stock of PNB was available for Rs 145.20 which is a collapse of about Rs 10.29 from its previous value. On intra-day trade, the rate had even gone down to Rs 145.15. 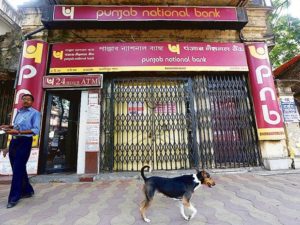 Due to such decrease in the share and stock markets, the capitalization of the company suffered a lot. It fell by Rs 38.4 billion to Rs 353.65 billion.

On the BSE filing, The Delhi public sector bank said, “The bank has detected some fraudulent and unauthorised transactions (messages) in one of its branch in Mumbai for the benefit of a few select account holders with their apparent connivance. Based on these transactions other banks appear to have advanced money to these customers abroad.” It further added, “The matter was already referred to law enforcement agencies to examine and book the culprits as per law of the land. The bank is committed to clean and transparent banking.”

Back on 5th February, 2018, the bank had said that they detected a fraudulent amount of Rs 1.8 billion.

In the issued statement, the bank had said, 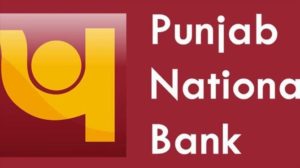 The bank had then filed a case to Central Bureau of Investigation. The bank had said that as soon as they found about these activities, they decided to inform the CBI and regulator for further investigation. They even rejected the request for roll overs.

The CBI had aalso filed case against Nirav Modi, his wife Ami, his brother Nishal and business partner Mehul Choksi.

Talking of the complaint, CBI said, “The public servants committed abuse of official position to cause pecuniary advantage to Diamond R US, Solar Exports, Stellar Diamonds and wrongful loss of Rs 2.8 billion to Punjab National Bank during 2017.” The case was registered under Sections of Indian Penal Code (IPC) related to cheating and criminal conspiracy. All the four alleged were registered under the provisions of Prevention of Corruption Act.

The FIR also noted that such facility was availed even in the past. However, no details were revealed to the said firm by branch records. Mehul Choksi also said that he had retired as the partner of the diamond firm since 1999.

One thought on “Scam of $1.8 billion in Punjab National Bank”