Possibilities of new planet outside the Milky Way

Science has been rapidly progressing and every day we get to hear something new, which takes all of us by awe. Recently, the scientists have said that they have discovered planets beyond our Milky Way galaxy. The new planets are expected to be located around 3.8 billion light years away. Since, they are so far, it is really hard to observe these extragalactic planets with the most developed telescopes. 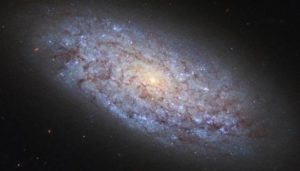 Earlier, the technique of microlensing was used to determine and find the planets within the Milky Way. These planets of our solar system within the galaxy are called exoplanets.

According to the astrophysicists in the Univeristy of Oklahoma, these planets were observed from NASA’s Chandra X-ray Observatory space telescope with the technique of microlensing. Einstein proposed a general theory of relativity. According to this theory, the gravitational field around heavenly bodies or planets would focus on lights as much as the lens, so that the distant objects can be easily observed.

In the microlensing effect, galaxy does the work of magnifying glass which brings invisible things into view in an X-ray view.

As per Dai microlensing was the only way to observe these planets.

Size of the planets

Well, if you’re wondering whether there is one planet or a group of planets then you should there is a huge population of planets behind The Milky Way. The size of the planets vary from that of the earth’s satellite moon, to that of massive Jupiter. 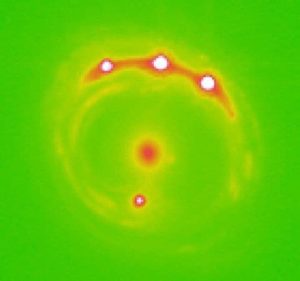 Statements of the team members

The members who are involved in this research are very excited by their new discovery. This research is led by Dr. Xinyu Dai, the assistant professor of physics and astronomy at Oklahoma University. In a written statement she went to explain the delight of the team members by this new discovery. In the statement she wrote, “This is the first time anyone has discovered planets outside our galaxy”.

Other scientists have too given their view about this new research. One such is Dr. Scott Gaudi, professor of astronomy at The Ohio State University. In an email to NBC News MACH he wrote, “I’m somewhat sceptical about this finding.”

As per one University news release, Guerras took to describe this phenomena is a very less formal way. They pretty easily described the complicated process, “This is very cool science”.

If Dai’s estimates are held to be true, then there must 2000 planets for every star. This significantly means that in there may be more than trillions of new planets beyond our galaxy, which are in free-floating ratio. The Milky Way contains about billions of planets.

David Bennet, gravitational lensing expert of NASA said that the research is interesting but they still need to find more data would determine the ratio of these free floating planets.

He further went on to add, “In particular, it appears that the authors have not investigated the possibility of the large population of brown dwarfs that microlensing results in our own galaxy imply.”

Microlensing always hold surprising things such as exploding of same start four times. More studies and researches are to be conducted to find if at all these were true.