Petrol prices have seen a hike in the past week. The prices of petrol have gone up by 1-2 per cent while the diesel prices still remain at a hike of 2 per cent in most of the cities. Ever since BJP government came into power, petrol prices have rose to the most this year. Apart from petrol, diesel has also touched Rs 63.20 per litre. This is the highest rate hike ever. All these hike in the prices is just prompting the oil ministry to ask for cutting down the excise duty in the prices. 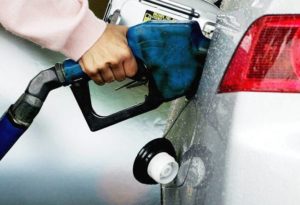 Since the day, BJP government came into power, this is the highest rate observed in petrol and diesel prices across the hike. In Mumbai, the price of petrol rose to Rs 80.10 per litre, while the price of diesel is Rs 67.10 which is the highest since 2014.

Kolkata and Chennai have also witnessed this great hike with an approximate price of Rs 75. The diesel price across this cities remain nearby around Rs 66. However, Delhi witnessed a shock of hike in petrol price to Rs 72.23 while that of diesel remains Rs 63.

Statements by officials on Price Hike 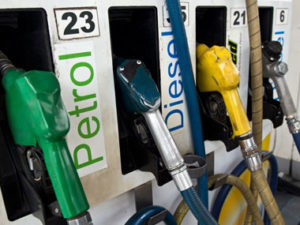 Between November 2014 and January 2016 the government led by BJP had levied excise duty up to nine times. This was done to balance the finances as the oil prices around the world fell. The taxes were cut down only in Rs 2 per litre. Back in October 2017, excise duty on petrol had reached about Rs 70.88 and diesel’s excise duty reached Rs 59.14 in Delhi.

However, this hike in the prices was favoured by Finance Minister Arun Jaitley. He says that this is done by the government to bring petrol and diesel prices under the control of GST. If the petrol and diesel prices are brought within GST it may stabilise within some time and would remain Rs 50. This will be beneficial as no excise duty would be implied by Central Government and Value Added Tax (VAT).

As per the new tax rules, the petrol and diesel prices will be capped about 28 per cent. It may be the choice of the government to impose new prices of diesel and petrol. The prices rose up to such an extent that it required the immediate attention of the officials.

Disappointed by such hike in petrol prices, P Chidambaram, the former Finance minister made a series of tweets. In them he accused the government of dissipating the windfall gains by imposing heavy taxes on the petrol and diesel prices which is completely an “wasteful expenditure”.