Despite so many hurdles and hindrances, Padmaavat did make its way to the halls on 25th January, 2018. Reports have stated that the movie is expected to do good business. The budget of the film was Rs 150 crore and has been released around 4000 screens around the country. However, the film did not release in theaters of Rajasthan, Gujarat, Madhya Pradesh and Goa due to the ban by the ministers. 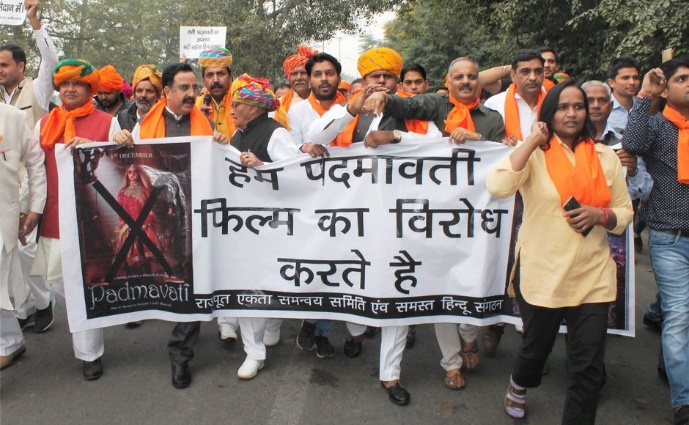 The film was banned across various states in India because the ministers believed the film was “misinterpreted” and historical facts were distorted. 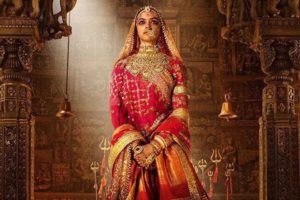 Brief about the Padmaavat film

Originally, the film was supposed to be released in December 1, 2017. The film was allowed the release by Central Board of Film Censors (CBFC) after a few cuts. A song also had to be cut out. Even after the changes, Padmaavat protest continues in few states including Rajasthan, Gujarat and Madhya Pradesh.

Later on, the Supreme Court of India cut down the ban talking about freedom of release. Since, the Court called the ban illegal, the release of the film became evident. Even after the ban being declared illegal, the state governments didn’t change their opinion.

The lead actors, Shahid Kapoor, Deepika Padukone and Ranveer Singh and the director of the film, Sanjay Leela Bhansali had received death threats prior to the release of the movie.

Karni Sena has been strongly protesting the movie. They believe that the movie had presented distorted facts of history and misinterpreted the story of Queen Padmavati.

The makers were forced to change the name. Also, they had to use VFX and increase the length of lead actress’ clothes in the song Ghoomar.

Prior to the Padmaavat release of the film in 2018, Karni Sena made severe protests. Earlier in Rajasthan, a man was killed and hanged near the fort.

The most disturbing protests that Karni Sena ever made was attacking a school bus of children with stones and sticks in Gurgaon. The video of the incident went viral. The video showed the students of grades nursery to twelve being extremely terrified. Some of the BJP officials are strictly against the release of the movie. Especially the Karni sena has been protesting about the movie ever since the movie was released. 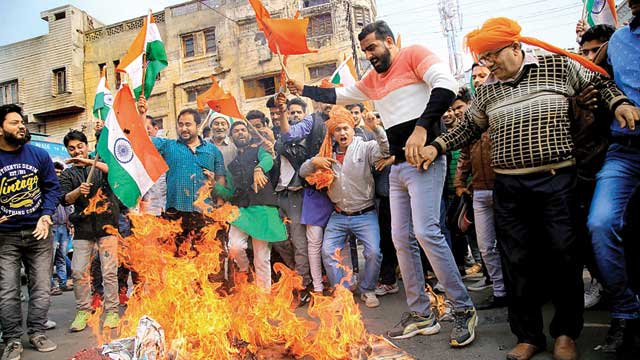 BJP leader, Suraj Pal Amu had been put into house arrest on Thursday in Gurugram. This was confirmed by Haryana GDP BS Sandhu. Talking of house arrest he stated, “He was not allowed to go to the MG Road (Gurugram) on Thursday.”

Despite the film being banned in so many theatres, the movie has occupied about 50-60% of movie theatres. The protest is still being continued in Lucknow by the members of Chatriya Mahasabha. 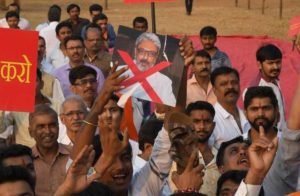 The movie was cleared by Islamabad based Central Board of Film Censors for release without any cuts. Mobashir Hasan, the Chairman had taken to Twitter to announce about the clearance of the movie as per PTI.

After the release of the movie, a tight security was offered to Sanjay Leela Bhansali. The security was positioned outside his residence and office.