Over 4 Lakh Indians May Have to Wait 151 Years for Green Card: Report

Highly qualified Indians would require to wait for about 150 years for their green card to be issued. This Green card would be their permit to live and work in the US on a permanent basis as per the estimations of think-tanks. The Washington based think-tank Cato Institute made this calculation regarding the issuing of Green card.

The US Citizenship and Immigration Services (USCIS) had in a very recent period issued the number of applications with the estimation of cards. Based on the approximate number of Green cards issued in 2017 to the people, the current estimate was calculated. According to the reports of 20 April 2018, the number of Indian immigrants in the US was 6,32,219 with their children and wives to get hold of their green cards. It may also be defined as the legal permanent residency cards.

However, the employment-based or EB1 immigrants will have to wait for the shortest period compared to others. They must be highly skilled. The extraordinary immigrants within India would require to remain for a term period of only six years as per the latest reports published by Cato Institute.

As per the list produced by the USCIS, about 34,824 Indian people fall under the category of EB-1. Comprising of their 48,754 children and spouse, there are in total 83,587 Indian people waiting for their green card to be issued for the EB-1 category.

The people under the EB-3 category holding a bachelor’s degree would have to wait for 17 years for their green card to be issued as per the reports produced by Cato Institute. 54,892 Indians falls under this category as of April 20. They have their 60,831 spouses and children. Therefore, in total 1,15,273 Indians within the EB-3 category waiting for their green cards to be issued.

Only the people falling within the EB-2 category with high degrees would have to face problems. According to Cato Institute, “At current rates of visa issuances, they will have to wait 151 years for a green card. Unless the law changes, they will have died or left by that point.” 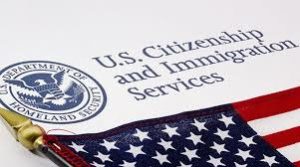 This had been decided because of the laws according to which only a seven per cent of a country would be allowed.

Why aren’t green cards not allocated by backlogs?

However, Cato Institute further informed that the green cards are not allotted based on backlogs. There were 69 per cent backlogs in the EB2 category, while out of them only 17 per cent were able to receive the green cards back in 2017. It also gave two further explanations for this:

What will happen in the coming years?

Cato Institute also informed that the employment-based greens only functions when the limit per country is filled up. This signifies that if any green cards are not to be used, Indian immigrants might get to use it above the mentioned limit. It is because of this reason that in the year 2017, Indian immigrants of the EB3 category were able to receive 18 per cent of the issued green cards.

Talking about the inconsistency of the forms for the per-limit country, the report further added that if the limits are not entirely applied for the EB2 category in the next few years, the Indian immigrants might get their green cards earlier than the next century.

Moreover, if the per-limit country for the EB3 category is filled up after 2018, instead of 17 years, the EB3 category would need to wait for a period of 40 years for the issuing of their green cards.