One more India’s daughter was raped. How many more?

India has once again failed as a nation to ensure safety for its daughters. But this time, it has taken yet another level. An eight year old child was drugged, brutally gang-raped for days within a temple, a policeman was involved too. Someone who is meant to offer protection had harmed a child. The victim was eight year old Asifa Bano, from Rasana village of Kathua, Kashmir. Ever since the news of her being raped went viral, people are having their own opinions. Some are protesting in favor of victims, while some have highly criticized the act.

Eight year old Asifa had been missing since 10th January. She was wearing a purple salwar kameez. She was gang-raped brutally, drugged that too within a temple for days before killing her. Eight men have been arrested for the case, out of which one was government official Sanji Ram, who had planned the entire thing, and another was a policeman named Deepak Khajuria.

The policeman, Deepak and his friend Vikram had also bought Epitril 0.5mg, which was to be used as a sedative from a medical shop on 7th January. The mastermind, Sanji Ram, aged 60 years asked his nephew to kidnap the girl who came to the woods “for grazing her horses”. On 10th Ram’s nephew tried to abduct but Asifa sensed the trouble and tried to escape. However, she failed and became unconscious.

The juvenile first raped her in the jungle before taking her into a temple, where she was raped by the men for multiple times. Another accused, Vishal also came to the spot all the way from Meerut, and he also raped the kid. She was given sedatives every day in empty stomach and raped brutally by all the men.

When the complaint was filed by the family, the police refused to take down the note and said that the girl must have “eloped” with a boy. Before the people murdered her, Khajuria asked the juvenile to wait because he wanted to rape her once again. On 13th of January, the accused had raped her several times which ultimately made the girl half-dead. The juvenile strangled the girl and pressed her back with his knees which ultimately led to the death of the poor girl. They also hit her with stones on head twice. 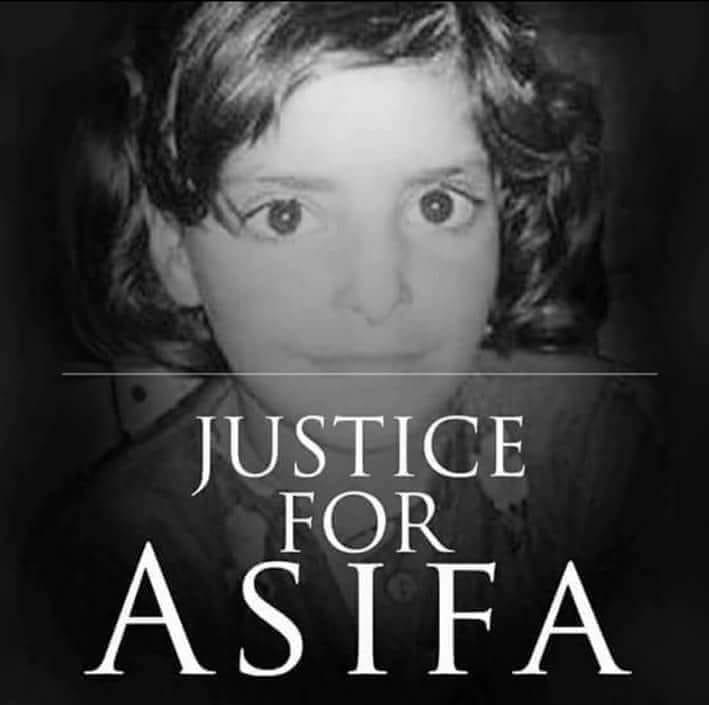 Protests in Favor of the Rape Victims

Isn’t the story heart wrenching? Well, there’s more to it. Every time a girl is raped, we have witnessed people coming down in favour of the victim and demanding justice. The case, however, this time is different. Some people have actually come down this time in protests to protect the victims.

Members of Hindu Ekta Manch, started a protest rally on February 14th to demand the release of SPO Deepak Khajuria. Not only these people, the lawyers who are meant to provide justice also came down in favour of the rapists. Most part of the society, lawyers and cops extended their support to the rapists but not to the victims.

The details regarding the crime was filed in a charge sheet on Wednesday. This led to people becoming outraged in the country and the #JusticeForAsifa has become a major concern since then. People are criticising and condemning such a shameful act.

The reports stated that the crime happened because of the rising tensions between the Indian Sunni Muslim tribe, Bakarwal and the Hindus. The charge sheet stated that the child was raped by the accused as the motive to get rid of Muslim community out of the village.

The local policemen were involved too. After the filing of the report, Deepak Khujaria was sent to search for her, and since then he has been committing the crime, as found by the DNA report. Another three policeman were also accused of misleading the investigation and foiling the DNA evidence. They were accused of washing Asifa’s clothes before sending it for DNA. 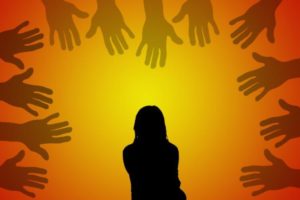 Social Media has got the tags trending and people are severely expressing their outrage. But where are the politicians? No politician has come up to talk about the matter and some had even defended the accused because they were “Hindus”. Two ministers from the ruling party of BJP had also taken part in the rally to save the accused saying that they want to save Hindu ideals.

PM Modi talked about the case and on Friday said, “I want to assure the country that no culprit will be spared, complete justice will be done. Our daughters will definitely get justice”.

Where the politicians who have remained silent, the celebrities of Bollywood have extended their full support to the girl. Just like others, they too are condemning the shameful act. Bollywood celebrity, Farhan Akhtar posted a heart-wrenching message which moved people.

The political personalities have made it a political agenda, blaming each other. The slogan, “Not me, the nation lost a daughter”, has been trending. People are coming out in protests, demanding justice for Asifa. It’s a wake-up call and we need to stand up against it. And justice should be given to all victims of rape cases.

We thought, after the Nirbhaya case, people would be awakened but every now and then, the scenario is the same. Daughters are being raped, people are coming out with candle marches, but overall the justice? The justice still remains a matter of concern. Humanity has failed, and we as a nation have failed. It is high time we realise that our voices do matter and that we speak up to protect our daughters.

Since the past, so many cases of rape are reported and yet very few of them get attention and justice. Some are even ended and not ever talked about. Some don’t even come to notice. After all, how many more daughters do we need to sacrifice just to realise that it is high time? Not only Nirbhaya or Asifa, there are more and justice should be made to everybody. #JusticeForAsifa